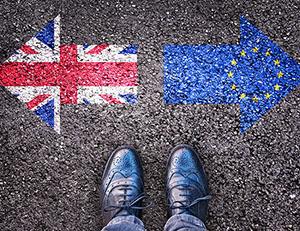 However, the buoyant performance, propelled by the powerhouse services sector, was not enough to prevent the weakest annual growth for five years.

The reading was in line with market expectations, boosted by the services sector, and was the best performance since the same quarter of 2016.

However, the ONS added that British economic growth stood at 1.8 percent last year.

That was the weakest annual rate since 2012 and marked a modest slowdown from 1.9 percent in 2016.

“The overall picture is one of muddling through,” said Hargreaves Lansdown economist Ben Brettell.

“Growth still looks lackluster and somewhat unevenly distributed … but it’s certainly fair to say the economy has performed much better than many feared in the aftermath of the Brexit vote, boosted by the rising tide of a global recovery which has lifted all boats.”

Many experts had predicted economic chaos in the event of a Brexit vote in the nation’s 2016 referendum, but this has so far failed to materialize.