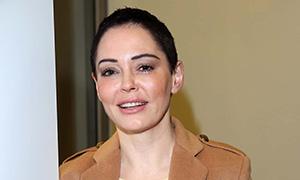 In the book, actor also recounts her fight against the ‘Hollywood machine’ and its misogyny

After years of publicly accusing Hollywood producer Harvey Weinstein of rape, the actor Rose McGowan has detailed the sexual assault she said occurred after their first meeting more than 20 years ago.

In her memoir Brave, published on 30 January worldwide, McGowan recalled first seeing Weinstein, whom she refers to only as “the Monster”, at a screening of her film Going All the Way during the 1997 Sundance film festival.

Then 23 years old, McGowan wrote in Brave that, after the screening, Weinstein allegedly summoned her to a meeting at a restaurant, which was later relocated to his hotel suite. McGowan described being shown to his room for what she believed would be a meeting to “plot out the grand arc of my career”.

Instead, she alleged, after a half-hour discussion about her career, he held her down on the edge of a jacuzzi and raped her. Later he allegedly called her and described her as “a special friend”.

“I felt so dirty. I had been so violated and I was sad to the core of my being. I kept thinking about how he’d been sitting behind me in the theater the night before it happened. Which made it – not my responsibility, exactly, but – like I had had a hand in tempting him,” she wrote. “Which made it even sicker and made me feel dirtier.”

Describing Weinstein as looking like “a melted pineapple”, McGowan said that immediately after the rape, she attended a photo opportunity for Phantom, another Miramax film she was in, where she allegedly told a co-star what happened. The co-star, who has previously been identified by McGowan as Ben Affleck, reportedly said: “Goddamnit. I told him to stop doing that.” Affleck has never responded to this allegation.

Many of Weinstein’s 80-odd accusers have alleged the disgraced media mogul asked them to visit him in various hotel rooms, where he’d either forcibly performed oral sex on them or demand it in turn. A spokesperson for Weinstein in the US told the Guardian: “Any allegations of non-consensual sex are unequivocally denied by Mr Weinstein. Mr Weinstein has further confirmed that there were never any acts of retaliation against any women for refusing his advances.”

“Mr Weinstein obviously can’t speak to anonymous allegations, but with respect to any women who have made allegations on the record, Mr Weinstein believes that all of these relationships were consensual.”

Detailing her fight against “the machine, the manufacturers of myth, the gaslighters themselves, the sacred men of Hollywood”, McGowan detailed a troubled childhood while outlining her thoughts on misogyny in Hollywood and wider society.

Beginning with her childhood growing up in the polygamous cult Children of God in Italy, the actor detailed her family’s escape to America after some leaders began advocating child abuse. After becoming a teenage runaway, enduring a three-year abusive relationship, and being sporadically homeless, McGowan said this background was instrumental in her decision to not press charges against Weinstein.

“No work would land me back on the streets, and homelessness was a death sentence. I knew if I died I’d be remembered for revealing my rapist, but not for my achievements. I didn’t want his name next to mine on my obituary,” she wrote.

Likening her career as an actor to being a sex worker, McGowan described her decision to shave her head as “a battle cry” against the pampering regime that she says once turned her into “the ultimate fantasy fuck toy by the Hollywood machine”.

She wore the infamous “naked dress” to the 1998 MTV Awards as “a reclamation of my own body after my assault”, she claims and, at one point, described keeping fake blood and wounds on her face after filming episodes of the witchery drama Charmed to see how the public would react to a wounded woman. “Nobody asked to help me. Not once. They would just avoid eye contact and look down at the floor,” she wrote.

In the book, she also detailed her marriage to the director Robert Rodriguez, who she claimed used his knowledge of Weinstein’s alleged assault to punish her, particularly in a scene in the film Planet Terror, in which a character played by Quentin Tarantino attempted to rape her.

“I was in a backward world,” she wrote. “I was losing my grip on sanity.” Afterwards, in what McGowan intepreted as a cruel demonstration of power, Rodriguez sold the film to Miramax, Weinstein’s studio.

In a statement to Vanity Fair, Rodriguez said the Weinsteins had priority on his next project at the time, and that the scene was “in every draft of the script since the first draft was issued to cast and crew [and] if there was any objection to the scene there was plenty of time to address it. It was never brought up as being an issue.”

McGowan ends the book by calling for more women in producing and directing positions, and asks for the support of groups like the Screen Actors Guild to protect women and children, particularly the establishment of an anonymous tips line for victims of assault.