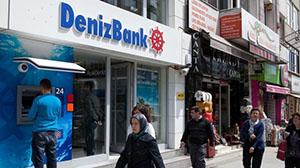 Emirates NBD, Dubai’s largest bank, said on Jan. 30 that it had started initial strategic discussions with Russia’s Sberbank about a possible purchase of Sberbank’s stake in Turkey’s Denizbank.

Emirates NBD has previously acquired BNP Paribas’ Egyptian banking business and has been scouting for opportunities in the Turkish banking sector for several years as part of its international expansion.

Moscow-based Sberbank was evaluating opportunities to sell its 99.85 percent holding in the Turkish lender, Reuters reported on Jan. 29, citing sources, adding that banks from the Gulf, including Emirates NBD, and China were among those interested.

Sberbank, Russia’s biggest bank by assets, bought Denizbank in 2012 for around $3.5 billion as it was trying to establish a presence abroad.

In a statement on Jan. 30, Emirates NBD said the talks were at a very preliminary stage and there was no certainty that any transaction would be completed, adding that a further announcement would only be made if there was a material development.

The bank, which earlier this month posted a 17 percent rise in fourth-quarter net profit, said at the time it was planning to continue its international expansion in 2018.

After opening its first branch in India in 2017, the bank said in 2018 it would grow its branch network in Egypt and Saudi Arabia and open a representative office in Turkey.