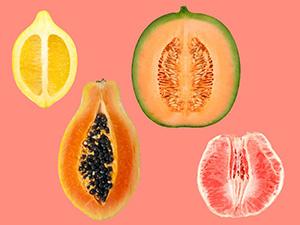 Labia and ice cream flavors have two essential things in common: Their beauty lies in their variation, and there’s basically no way to go wrong.

It’s completely normal for your labia to look different from what you see online, on your partner, or even from one side to the other. Still, a growing number of people are asking their doctors about having labiaplasty to trim their vaginal lips. In fact, the most recent data available shows that labiaplasty procedures jumped 39 percent between 2015 and 2016, according to the American Society of Plastic Surgeons (ASPS). Clearly, many people are electing to get a labiaplasty, but the chances that you actually need one are incredibly low.

Quick biology lesson: Your labia are the part of your vulva that kind of look like vertical lips.

Your vulva (often called your vagina as a catch-all) houses your external female genitalia, including your labia, of which you have two sets. The labia majora are the outer lips that grow hair, and the labia minora are tucked inside those, putting them closer to all the greatness that is your clitoris, urethra, and vaginal opening. Labiaplasty typically is performed on the labia minora.

While plastic surgery is and should be a personal choice, many doctors are hesitant to perform labiaplasty unless it’s actually medically necessary, since surgery always comes with potential risks and complications. “I tell patients that your labia are like your earlobes—they’re all different shapes and sizes,” Maura Quinlan, M.D., an ob/gyn with Northwestern Medical Group, tells SELF. “We really don’t want to cut away at normal anatomy.”

There’s a huge range of normal labia lengths, FYI, so you probably don’t need to worry about yours.

There isn’t any kind of medical guide that dictates a standard length for labia, Suzanne Fenske, M.D., assistant professor of obstetrics, gynecology, and reproductive sciences at Mount Sinai Health System, tells SELF. However, she says, many doctors consider labia minora to be excessively long, aka hypertrophic, if they’re more than 5 or 6 centimeters in length when gently stretched out (that’s about 2 inches).

But again, there is a ton of potential variation with labia. Even having labia minora that surpass that benchmark doesn’t mean you need labiaplasty!

There are very few situations that call for a medically necessary labiaplasty.

Labiaplasties for medical reasons are about how your labia minora impact your life, not how the lips look, Dr. Quinlan says. Depending on their length, your labia minora can cause pain during sex if they get tucked into the vagina. They can also cause irritation or discomfort while wearing underwear or a swimsuit, being physically active, or even walking around and doing regular daily activities, Dr. Fenske says. If your labia minora aren’t disrupting your life like this, ob/gyns and gynecologic surgeons will be hesitant to recommend surgery. The only exception is if you have some sort of abnormality on the labia, like a melanoma.

Cosmetic labiaplasty procedures, on the other hand, are usually about wanting your labia minora to look a certain way (typically shorter and more “tucked in” between the labia majora). When Dr. Quinlan has patients who ask about labiaplasty, she counsels them on the basics and encourages them to look up The Great Wall of Vagina, an art installation in the United Kingdom that features plaster casts of different women’s vaginas. “There are so many normal variations in shape and size—sometimes I think it really helps for women to see that,” she says.

If you do end up getting a labiaplasty, the procedure is pretty simple.

Labiaplasty is considered an outpatient procedure (meaning you don’t stay at the hospital overnight afterward), and it can be done under general anesthesia or a mix of local anesthesia and sedation, according to the ASPS.

During the procedure, a doctor will typically trim the labia and use dissolvable sutures to close up the raw edges, Dr. Fenske says. (There’s also something known as a wedge procedure, the ASPS says, which preserves the edges of the labia and instead takes pie-shaped pieces of tissue from other areas of the lips.)

If you have a labiaplasty, your vulva will be sore and swollen. (The ASPS notes that some people take a week off work post-procedure if they’re able.) Dr. Quinlan recommends wearing loose clothing for at least a few days to avoid excess pain and doing a warm sitz bath (i.e., submerging everything below your hips in warm water or a saline solution) to relieve discomfort if you need it. You can also ice the area for 20 minutes on, 20 minutes off to help relieve soreness and swelling, says the ASPS.

When it comes to longer-term healing, your doctor will typically recommend you avoid tampons, sex, and vigorous activities for four to six weeks to let the area heal.

Labiaplasty isn’t without its risks, and it’s important to be aware of them.

For starters, you may have some scarring down there, Dr. Quinlan says, which can make the skin less stretchy than it was in the past. That, or the surgeon accidentally cutting more skin than necessary, could potentially cause vaginal dryness, pain during sex, and easier tearing if you have a vaginal birth in the future. “When some people hear that, it’s not worth it to them,” Dr. Quinlan says. There’s also a chance you could end up with some localized numbness in your labia, according to Dr. Fenske.

If your labia are bothering you to the point where they’re interfering with your daily life, definitely talk to your doctor about your options. But if you just aren’t super into your labia because you think they’re too long, you probably should take a hard pass on labiaplasty. Some labia are short, some are long, and there’s nothing wrong with either.

“Part of my job is to celebrate human variation,” Dr. Quinlan says. “Don’t let someone tell you that you have extra labia—it’s just anatomy.” 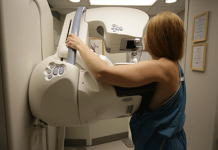