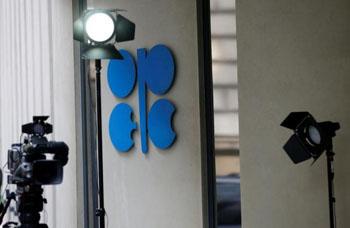 OPEC’s second-biggest producer is relinquishing some control over its prized oil in exchange for better prices.

In a rare move, Iraq is allowing buyers to load its crude without saying where the cargo will finally end up. They will only have to let the Middle East producer know about the destination two weeks after the shipment’s bill of lading, under the terms by which 4 million barrels of its March supply was sold via auctions this month.

That enables buyers to take a decision at the time of loading on the best location for a cargo, based on several factors such as comparative pricing and whether a particular region is short of supply. The strategy presents some advantages for Iraq as well: The two shipments loading in March sold at auction on the Dubai Mercantile Exchange fetched a premium to the oil’s official selling price. Basrah Light crude for March was sold at more than 40 cents per barrel over its official price, compared with a February lot that traded under more rigid terms at a discount.

“Sellers are seeking higher prices by removing contractual restrictions at a time of heightened competition,” said Nevyn Nah, an analyst at industry consultant Energy Aspects Ltd. “Buyers are happy to pay a premium for cargo optionalities, which in this case lets them lock in its destination later, allowing them to swing shipments east or west and take advantage of arbitrage opportunities.”

The strategy by Iraq’s state-owned oil marketing company, known as SOMO, is another example of how Middle Eastern producers are reconsidering the way they price and sell their crude amid a global glut and competing supply from the U.S. to Africa. SOMO typically sells destination-free cargoes to some buyers who’re required to declare its end-point in advance of loading, while forbidding others to send shipments outside of agreed geographical regions.

International energy majors such as Royal Dutch Shell Plc and ExxonMobil Corp. boasting numerous refineries in Asia, the U.S. and Europe are best positioned to take advantage of the flexibility offered by SOMO, according to a Bloomberg survey of four refiners and consultants. Improved sentiment from the auction results could also impact spot market transactions, lifting price differentials for its Basrah Light and Basrah Heavy crude.