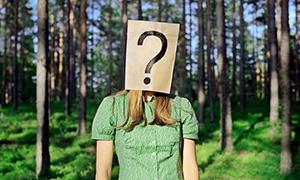 Prosopagnosia, which makes those with the condition unable to recognise others, often goes undetected – despite being more common than autism

Ever found yourself confronted by someone who seems to knows you, but you have no idea who they are? You could be suffering from prosopagnosia, a condition that new research shows affects more people in the UK than autism, yet largely goes undetected.

Also known as face blindness, the condition makes those who have it – including Brad Pitt and the late neuroscientist Oliver Sacks – unable to recognise other people, and sometimes even themselves, by their face alone. It is believed to affect as many as one in 50 Britons.

Dr Sarah Bate, an associate professor of psychology at Bournemouth University, is developing face-training programs to help those with face blindness learn management tools. She says many people with the condition go undiagnosed. Its impact can be severe if undetected. “Particularly for children, there is a real knock-on effect in how [face blindness] influences their social and emotional wellbeing and ongoing educational development. There might never be a cure, but we are interested in early detection so we have a chance to improve facial-recognition skills in that critical window when a child is young enough to benefit.”

Mary, 52, who ran a tea-room for 12 years, has had face blindness since childhood. “You learn other ways to detect who people are – voices, hairstyles and the like – because you simply cannot recognise faces. I even had a problem with my ex-husband when I saw him a few years after we divorced. At work, my sister-in-law had to run the front of house. If customers moved tables, I wouldn’t know it was the same person and if they came to pay at the till I wouldn’t have a clue who they were. It is difficult and embarrassing – people would think you were being rude.”

Bate says that while diagnosis is more likely in those who acquire the condition after a brain injury, face blindness can easily go undetected in those who are born with it. “We know from our testing that prosopagnosia could affect more people than autism … But it is difficult if you have no point of comparison.

“Older adults I’ve met have developed elaborate compensatory strategies for recognising people and never even realised that a face was that informative to others.”