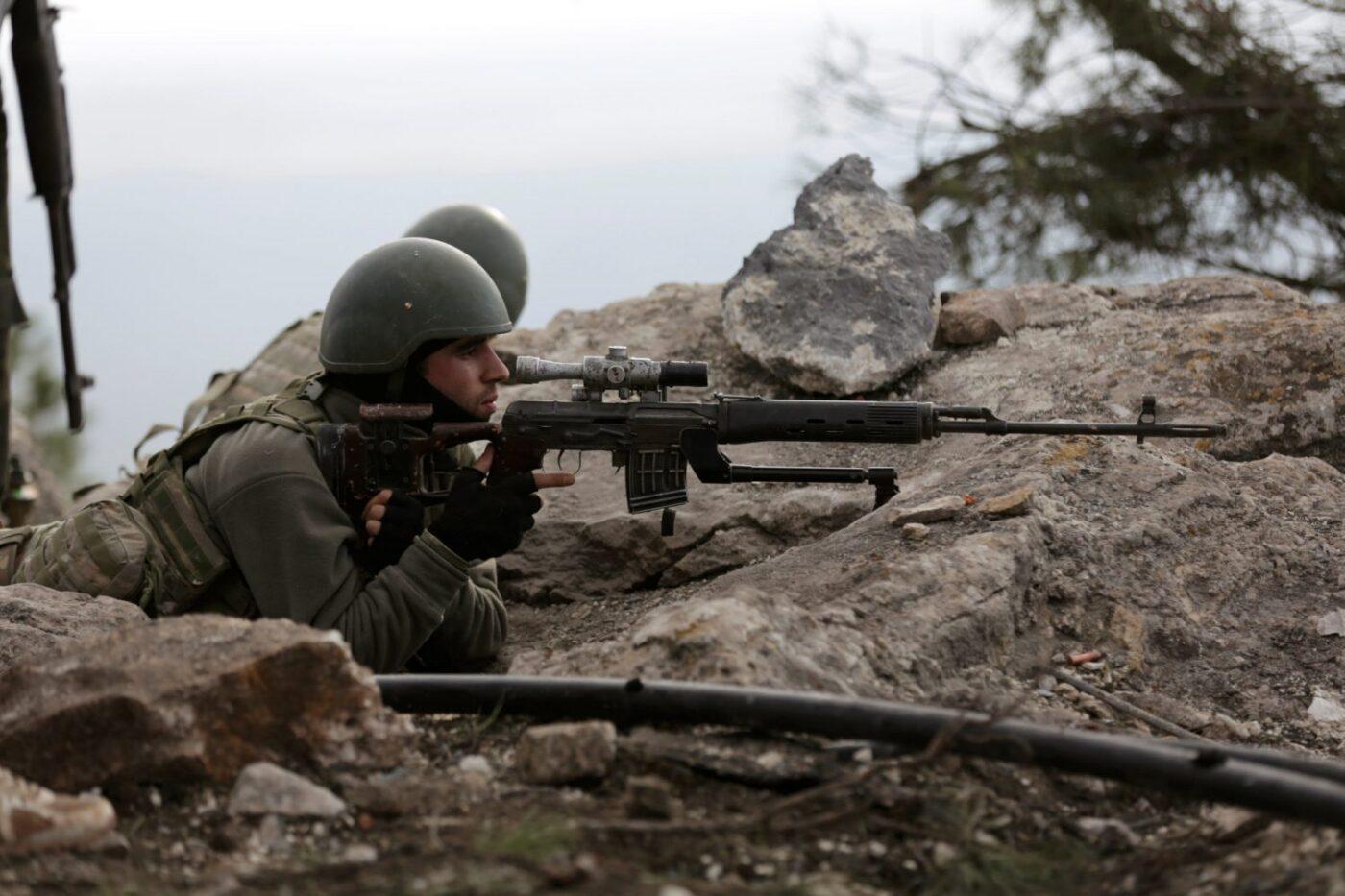 The Turkish General Staff stated on Jan. 28 that 579 militants of the Kurdish People’s Protection Units (YPG) and the Islamic State of Iraq and the Levant (ISIL) have been “neutralized” since the start of “Operation Olive Branch” in Syria, according to state-run Anadolu agency.

On Jan. 20, Turkey launched “Operation Olive Branch” along with the Free Syrian Army (FSA) into the northwestern Syrian district of Afrin.

“Neutralized” is a term used by the Turkish military and officials to indicate militants were either killed, wounded or captured.

In a statement, the military said the Turkish Armed Forces had destroyed 44 targets in airstrikes that were carried out overnight.

It added that four Turkey-backed FSA members had been slightly injured during the operation.

According to the previous statement issued by the Turkish General Staff, the army “neutralized” 73 militants alone on Jan. 28.

It added that two Turkish soldiers were wounded with no life threatening injuries in clashes with militants.

A FSA member was also killed and four others sustained injuries, according to the statement.

“Operation Olive Branch” is “going successfully and according to plan,” it added.

The military asserted that it was showing the utmost care in order to not harm any civilians during the operation.

The Turkish military on Jan. 28 seized a large number of drug pills on Mount Bursaya after capturing the mountain from the YPG in northern Syria.

The seizure came during searches carried out by the Turkish military and the FSA in the terrorist shelters and positions on the summit of Mount Bursaya.

Earlier, the Turkish army and the FSA captured the mountain, as part of the ongoing “Operation Olive Branch” in Syria’s northwestern Afrin region, denying the YPG a strategic peak, which it has used to launch attacks on civilians in both Turkey and Syria.

YPG militants have used Mount Bursaya to target civilians in the center of Turkey’s Kilis province and Syria’s Azaz district through mortar shells, artillery and missiles.