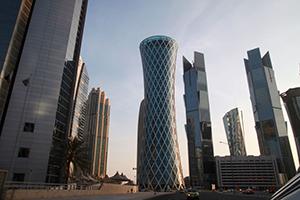 As Qatar gears up for an expansion of its massive liquefied natural gas export industry, an evaluation of the nation’s recent delivery rate in the face of Gulf sanctions demonstrates the resilience of Doha’s business strategy.

Since the beginning of June, Saudi Arabia, Egypt, and several other Gulf allies have cut off ties with Qatar over alleged ties to terrorism, but Doha has stood its ground, refusing to shut down its renowned news station Al Jazeera or abide by Riyadh’s sectarian politics. Saudi Arabia and its allies (the United Arab Emirates, Bahrain, Egypt and others) maintain that Qatar’s relationship with Iran and other Shi’ite regimes contributes to disharmony in the Middle East.

A series of ultimatums, diplomatic talks, and regional sanctions have yielded no results. Kuwait volunteered to mediate between the sparring parties last year, but despite international encouragement for its leadership, the country has made no progress in resolving the impasse.

And the process may get even more difficult soon. Now that Qatar has proven its agility in the face of regional obstacles, buyers from outside the Middle East will keep calm and continue to buy LNG from the small country on the Arabian Peninsula. As soon as the UAE refused to allow Qatari ships or Qatari cargo to enter its ports, Doha called on its allies in Oman to open its docks for incoming tankers.

Now, its Qatar’s turn to choose its customers and allies, giving the nation the upper hand as LNG exports balloon. At the end of 2017, Qatar had over 77 million tons in annual export capacity — approximately the same levels recorded in previous years. Qatar Petroleum plans to increase this figure to 100 million tons in the next five to seven years.

There is global demand for more LNG. New import terminals in India and China signal a wave of adoption in the developing Asian giants. Due to low carbon emissions triggered by its use, natural gas is considered to be the “green” fossil fuel, ready to be used as renewables take their time becoming not only affordable, but also reliable against the elements.

Energy companies and foreign governments “are not dissuaded from wanting to explore financing or investment opportunities,” Richard Mallinson of Energy Aspects Ltd. in London told World Oil. The Gulf’s embargo didn’t result in “disruption of supply, so that will be reassuring for buyers who are concerned about political risks.”

France’s Total and India’s Petronet are ready to invest in Qatar’s expansion plans as it moves “full steam ahead,” according to QP CEO Saad Sherida Al-Kaabi. Companies worldwide are “knocking on QP’s door” to be part of the project, he added. Doha does not plan to use a tender to determine its partners for the LNG sector upliftment.

Estimates by Sanford C. Bernstein show that securing 23 million more tons of LNG production will come at a cost of $27.6 billion. That’s dirt cheap compared to the $88 billion project that Chevron is pursuing down in Australia.

Doha has begun the structural rehab necessary to make this project work. Last week, it announced the finalization of a deal to merge Qatargas and Rasgas — the world’s largest LNG producing entities — under the Qatargas name.

“This integration is an integral part of Qatar Petroleum’s vision to become one of the best national oil and gas companies in the world, with roots in Qatar and a strong international presence,” QP’s CEO Saad al-Kaabi said in a news conference.

Combined, Qatargas now governs all 77 million tons of export capacity. The company, under the control of Qatar Petroleum — the final entity in all matters hydrocarbon within the emirate — is open for business.