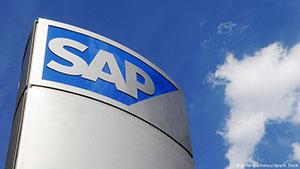 German business software group SAP confirmed Tuesday its unit SAP America was planning to buy cloud-based human resources company Callidus Software for a total enterprise value of $2.4 billion (€1.94 billion), to make it the company’s largest takeover since it acquired Concur back in 2014.

The deal represents a purchase price of $36 per share, which is a premium of about 10 percent to Callidus’ Monday close.

SAP said it would fund the takeover with existing cash balances and an acquisition term loan.

Callidus Software’s board said it had unanimously backed the deal, but it’s still subject to approval by regulators and shareholders. The transaction is slated to be finalized in the second quarter of 2018.

Also on Tuesday, SAP presented its fourth-quarter earnings report. A slump in its licensing business was offset by huge gains in its cloud-based segment, the company noted.

Total revenues rose by only 1 percent to €6.81 billion in the final quarter of last year, way below analysts’ expectations.

Operating profit stagnated at €2.36 billion in the quarter under review, the Walldorf-based firm said.

Nevertheless, CEO Bill McDermott said future prospects couldn’t be any better. In a bid to calm investors, he added that the planned takeover of Callidus was not the beginning of a series of acquisitions as SAP wanted “to grow organically.”