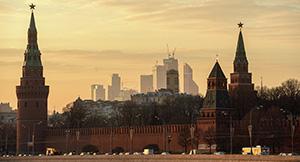 The Kremlin has described the list as an attempt to interfere in the upcoming 2018 Russian presidential election.

The US Treasury Department has released a list, comprising 114 Russian politicians and 96 businessmen, who may face sanctions.

Most senior officials of the Russian presidential administration have been added to the so-called “Kremlin Report,” that could pave way for more anti-Russia sanctions, the document, released on Monday, reads. The list includes a number of high-ranking Russian officials, including Prime Minister Dmitry Medvedev, who served as president from 2008 until 2012.

The US Treasury has included Russian businessman Abramovich, Abramov, Alekperov, Deripaska, Friman, Kaspersky and Lisin in the list.

According to the document, the inclusion in the “Kremlin report” isn’t constituting the determination of entities, individuals as ones meeting criteria of any sanctions program.

On the eve of the list’s release, the Kremlin has slammed it as an attempt to interfere in the upcoming 2018 Russian presidential election. According to Russian Ambassador to the United States Anatoly Antonov, the anti-Russian sanctions are a “road to nowhere,” as Moscow will not be intimidated by restrictive measures.

Earlier in the day, the US State Department informed Congress that additional sanctions are not needed to be imposed at this time. The report is required by the Countering America’s Adversaries Through Sanctions Act (CAATSA), which was passed by the US Congress last summer and signed into law by Trump on August 2, 2017.