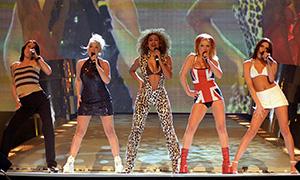 The decade was full of contradictions for young women. From Buffy to Sabrina the Teenage Witch, it was also a time of superhumans – all of whom were white

I began the 1990s doing something very specific at a disco on a highly anticipated end of primary school camp in Cornwall. Wearing leggings and an oversized, DayGlo T-shirt, I was singing Colour Me Badd. “Ooooooooh … I Wanna Sex You Up!”

If a No 1 song by a boyband from Oklahoma, inappropriately riling prepubescent girls, doesn’t sound like an obvious feminist anthem, that’s because it wasn’t. What it was, though, was an early indication that attitudes towards gender and sexuality were changing.

The 90s, and the third-wave feminism the decade has come to be remembered for, was a contradictory experience at the time. It was, on the one hand, all about girl power and sex positivity. It was “position of the fortnight” in More magazine – offering teenage girls line drawings that explained sexual positions in technical detail. It was Missy Elliott bossing hip-hop, TLC, Destiny’s Child and the Spice Girls, by whose time I was too cool to idolise women with silly names, but who delivered glossy girl power to my eight-year-old sister.

On the other, it was the ultimate pornification of the female body in black hip-hop culture, in which I was – by the middle of the decade – heavily immersed. White beauty norms became aligned with Kate Moss and other pale, bony models – some embodying profoundly emaciated, heroin chic – and the acceleration of unhealthy body images.

Girls growing up in the 90s had the luxury of taking feminism’s previous achievements for granted. My first experience of the workplace was “take your daughter to work day” in 1995 – a classic 90s invention – designed to encourage higher-quality work experience opportunities for girls.

At the same time, our mothers, who had spent the 70s passionately immersed in second-wave feminism, arguing for equal career opportunities and pay, were often ambivalent about the fruits of their labour. My own mother, working full-time yet still carrying the main burden of domestic responsibility, had a sneaking suspicion that this was not a good deal.

It was in response to this, perhaps, that the 90s were full of superhuman women – Buffy the Vampire Slayer, Charmed and Sabrina the Teenage Witch. Women could offer reason as well as magic. The X-Files was my defining TV experience of the decade – to this day, people recruiting women into Stem subjects talk about the “Scully effect”.

These were all white characters, which was the norm in the 90s and well beyond. It was only much later I learned the third-wave feminism that came to define the decade was in fact coined by a woman of colour, Rebecca Walker, whose work helped create the space for Kimberlé Crenshaw’s concept of intersectionality to thrive. That I was aware of neither woman during the 90s shows how far the decade really was from embodying the values it helped create.