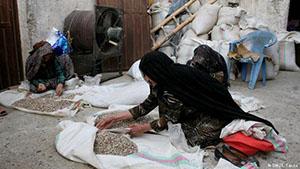 Companies who have faced criticism for poor working conditions found in their supply chains have backed a fund to combat forced labor. The fund supports tech startups that seek to monitor abuses or trace products.

The UK’s Department for International Development contributed £2.5 million ($3.5 million, €2.9 million) to the fund as well in so-called “sidecar” grants.

Working Capital will be used to support tech startups that are testing ways to make supply chains more transparent for businesses and consumers.

The fund has already invested in a company called Provenance that uses blockchain tools to help track materials and products during each step of the production process.

Ulula, another company the fund has already invested in, uses data analytics in an attempt to communicate with workers and give them an anonymous way to report poor working conditions.

Regulatory and consumer backlash over forced labor and child labor has increasingly put companies under pressure to eradicate modern slavery from their supply chains.

“There is a growing market demand for more transparent and responsible corporate supply chains,” Ed Marcum, managing director at Working Capital, said in a statement.

“We see an opportunity to invest in emerging solutions that will meet the demands of large multinational corporations while also benefiting millions of vulnerable workers,” he added.

At least 25 million people worldwide were estimated to be trapped in forced labor in 2016, according to the International Labor Organization (ILO) and the rights group Walk Free Foundation.