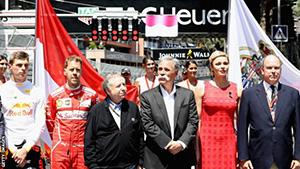 Formula 1 is about to enter the first proper year of its post-Bernie Ecclestone era.

The new chairman, former Rupert Murdoch lieutenant Chase Carey, talked of growing the sport, and making it more attractive and fit for the modern world.

But last year was for finding their feet and formulating ideas for the future. Only towards its end were significant new ideas starting to emerge. This is the year when Liberty’s presence will really start to be felt.

So what has changed so far and what more is to come?

To start, an administration overhaul

Liberty started its mission to change F1 by overhauling the way the company worked.

In recent years, too many changes were made on a whim – often Ecclestone’s – with sometimes terrible results. Remember the fiasco of the change to the qualifying format in 2016?

Ecclestone was effectively a one-man band. Over 2017, F1’s new bosses set up a proper business structure, with departments looking at different aspects of the sport, and intend to work through any ideas before they are implemented.

F1 is, in other words, operating for the first time like a business of this magnitude is meant to.

They are turning F1 into a sport fit for the 21st century, but the shape of where they are taking it is only beginning to emerge.

What have the teams made of Liberty?

Liberty’s entry was generally greeted with guarded enthusiasm. Ecclestone had his acolytes but there was a widespread view that he was out of time and a change was needed.

As 2017 progressed, though, the tone shifted. After the initial bland generalisms, for a long time little detail was added to the plans. And what was done did not meet with universal approval. A bucking bronco in the paddock in Austin, Texas, was all very well, for example. But how precisely it helped increase F1’s popularity and revenues was unclear.

In addition, teams increasingly began to feel that while Liberty meant well and had lots of ideas, not all of them were very well thought out and there was a somewhat haphazard approach. When it became clear late in the season that revenues – and therefore team payments – had dropped for the third quarter year on year, and that overall prize money would be going down by nearly 5% in 2018, the reservations turned to discontent.

And that was worsened when it became clear that in addition to the dropping revenues, teams were being asked to fund their participation in promotional events organised by F1 out of their own budgets.

A proposal to have a grand ‘opening ceremony’ just before pre-season testing was flatly rejected on the basis that it did not work for the teams on almost every level – it will now take place on the eve of the first race weekend in Melbourne, Australia.

Teams stress that Liberty is investing in the future and therefore inevitably costs will go up in the short term. There remains a desire to work together for a better future. But it is a wary one and it only goes so far. And the first indications of the new owners’ plans for the rules precipitated worries about potential trouble.

A row over engines

Former Mercedes team boss and Ferrari technical director Ross Brawn heads the sporting side of F1, and his first major move – in concert with governing body the FIA – was to propose changes to the engine rules for 2021.

It looked an innocuous enough plan on the surface – keep the current architecture of 1.6-litre V6 turbo hybrids, but simplify them by removing one of the two parts of the hybrid system, and make them cheaper and louder.

The car manufacturers in F1 – the people who make the engines – were not happy.

They pointed out that it failed on two levels: it effectively meant designing an entirely new engine, so might increase costs rather than reduce them; and any independent company would still need backing from a major global corporation to afford it, so it looked unlikely to attract new companies either.

Why, the engine manufacturers asked, annoy the people who are actually in F1 in an attempt to potentially attract other companies who had not committed? Brawn countered by saying he felt things had to change because otherwise no-one new would ever enter F1 – and what if one of the existing manufacturers pulled out?

Talks were going nowhere for a while, a key difficulty being how to lower the bar for entry while also keeping engines high-tech. If cutting-edge technology was used, some argued, smaller companies would never be able to compete with the might of Mercedes, Ferrari and Renault.

F1’s existing manufacturers have now come up with a counter-proposal, the details of which remain under wraps. It remains to be seen how F1 and the FIA will react to it, but Brawn in particular is said to be coming under pressure from some teams to stand up to Mercedes and Ferrari on the issue.

This is just one area of disagreement that could develop into major trouble.

One of the biggest sources of antagonism in F1 in recent years has been what many people see as the inequitable split in prize money between the teams. It is a system set up by Ecclestone back in 2011-12 – and its origins were in his desire to break up the teams’ umbrella group Fota, which was threatening his control of the sport.

He succeeded – but only by buying off Red Bull and then Ferrari with massive prize money payments based on their “value” to F1. These – known as constructors’ championship bonuses – were then extended to the other long-standing teams, McLaren and Williams, and eventually Mercedes as well.

In addition, Ferrari gets 5% of the total revenues of the sport – which are about $1.8bn (£1.3bn) – before any money is distributed to anyone else.

This results, for example, in Ferrari being paid from all prize money streams a total of about $180m last year – about $10m more than Mercedes, who beat them to the World Championship. Red Bull, in third, earned about $160m, but the fourth best-paid team, McLaren, got 40% less. And Force India – who finished fourth to McLaren’s ninth – were paid less than half of Red Bull’s money.

Carey has pledged to change this system, and his more inclusive approach had its first success last week when Force India and Sauber announced they were withdrawing their complaint to the European Union about uncompetitive practices in F1.

F1 has also sought to calm tensions over the smaller teams being cut out of the decision-making process via the strategy group of leading teams – another Ecclestone construct – by inviting all competitors to meetings.

The road to the promised land is unlikely to be smooth, however.

While the big teams understand where the smaller ones are coming from, none of them want to see their income go down. And Ferrari are unlikely to give up their benefits without a fight.

Many regard as bluster Ferrari chairman Sergio Marchionne’s recent threats to quit F1 if the engine rules and other matters do not go in the direction they want. But while it might be true that Ferrari needs F1, that also works the other way around. Does Carey want to be the boss that loses Ferrari to F1? Unlikely. So Marchionne – a no-nonsense character – has a pretty big gun to Carey’s head.

There is plenty of time to nail these issues – the contracts between the teams and F1 do not expire until the end of 2020. But it’s a good job there is, because the negotiations will be far from easy.

What of the cars, drivers and calendar?

A group working for Brawn is undertaking a major research project into aerodynamics, with the aim of coming up with a new design philosophy in which performance is not as badly affected by following another car – the major impediment to close racing at the moment.

That’s the context in which the recent rejection of plans to simplify front wings for 2019 should be seen – why fiddle about with a small change that will have expensive effects in the short term when a much bigger one could be coming a couple of years later?

Brawn has made it clear that every aspect of the cars is up for review, including tyres.

Pirelli’s contract as sole supplier expires at the end of 2019, and some insiders are whispering that they expect Brawn to lead an attempt to attract a different company. Michelin, which wanted to return to F1 in 2017 but was rejected by Ecclestone, is considered the most likely alternative.

Brawn is even expressing an ambition to ensure F1 can definitively boast the 20 best drivers in the world – and therefore make it harder for those with huge financial backing to buy their way into the sport.

Liberty also has plans to change the calendar, introducing races in more major cities and taking F1 to new countries in growing markets, and talking about up to 25 races in a year – four more than this season. The US is a key market – and there is talk of a street race in Miami in the near future. A race in the Vietnamese capital Hanoi is also said to be on the cards.

Fireworks at the 2017 Bahrain Grand Prix

If most of those issues are still in process, some obvious, short-term changes have already been made.

The culture of secrecy and restrictiveness that Ecclestone thrived on for nearly 40 years has been overthrown. Liberty immediately permitted more openness in terms of what was allowed to be put on social media.

It told teams and drivers it would loosen the ban on broadcasting video footage from inside the confines of an F1 track and allow short videos to be shown on platforms such as Facebook, Twitter and Instagram.

The F1 account itself started doing the same, broadcasting clips of races, and interviews with drivers and team bosses, often with a humorous bent – something that was anathema under Ecclestone.

The idea is to create more of a buzz about F1, keep its presence visible for longer, especially in fallow periods between races.

Ecclestone struggled with the internet and never saw any benefits in social media, but the impact has been substantial and immediate. F1’s audience on these platforms grew by 54.9%, according to its own figures, allowing it to claim that it was the fastest growing brand on social media, albeit from a low starting point.

Beyond that, obvious changes were made to broaden the sport’s appeal to fans.

The experience at races was jazzed up, with “fan villages” springing up at more and more events, including entertainments such as rides and simulators. More demands were made of teams to make their drivers available for fan interaction, on stages at grands prix and in signing sessions.

At the US Grand Prix, F1 went as far as staging a Super Bowl-style pre-show, with famous boxing announcer Michael Buffer paid a fortune to announce the drivers on to the grid in his inimitable style.

There was also the first attempt to take F1 to new audiences. An ‘F1 Live’ show was staged in central London in the days before the British Grand Prix. Every team supplied a car and all drivers bar one turned up to drive them on a short circuit in Trafalgar Square and Whitehall.

The driver who passed on the event was Lewis Hamilton and, although the Briton’s absence was a blow, the controversy it created probably generated at least as much news coverage for F1 as if he had been there.

More of these events are planned for 2018 – in Berlin, Marseille, Miami, Milan and Shanghai. Along with this, Liberty’s strategy with TV rights is also beginning to emerge, as was explored here last week.

Clearly, F1 is going to look very different in a few years’ time. But getting there is likely to be a long and difficult journey of conflict and confrontation.