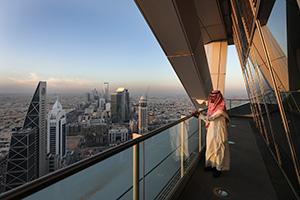 Saudi authorities have reached agreements to recover more than 400 billion riyals ($107 billion) from people held under a controversial corruption investigation but refused to settle with 56 suspects who remain in custody.

The payments are a combination of “various types of assets, including real estate, commercial entities, securities, cash and other assets,” Attorney General Sheikh Saud Al Mojeb said in a statement released by the government’s Center for International Communication.

Some individuals were released due to lack of evidence. A total of 381 people were subpoenaed for questioning either as suspects or to provide evidence. Authorities refused to settle with 56 people “due to other pending criminal cases, in order to continue the investigations process,” according to the statement.

Crown Prince Mohammed bin Salman’s anti-corruption drive shook the kingdom when it was launched in November. Dozens of billionaires, princes and former officials were detained at the Ritz Carlton hotel in Riyadh. The hotel has been cleared of all detainees, a senior government official said on Tuesday. Tuesday’s statement didn’t say where the remaining detainees are held now.

The most prominent detainee, billionaire investor Prince Alwaleed bin Talal, was released on Saturday after reaching an unspecified settlement.

With the suspects’ names and evidence against them never officially announced, the purge has raised concerns about transparency among foreign investors, whose money is vital to Prince Mohammed’s plan to diversify the economy away from oil.

Saudi officials have repeatedly said the purge was designed to level the playing field among investors. They say Prince Mohammed had no choice but to press ahead with the campaign to eradicate corruption if his plan to transform the Saudi economy was to work.