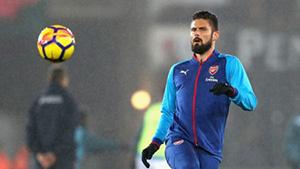 It promises to be another busy transfer deadline day for clubs in England – and BBC Sport will bring you all of the deals as they happen.

On Tuesday Manchester City’s signing of French defender Aymeric Laporte for a club record fee of £57m took spending by Premier League clubs to £252m this month – a record for a January transfer window.

Liverpool’s £75m purchase of defender Virgil van Dijk from Southampton is the biggest incoming transfer in England so far this month.

But who could be on the move before Wednesday’s 23:00 GMT deadline?

Our transfers live page is the place to keep across all day, running from 07:00 GMT on Wednesday until the early hours of Thursday as those late deals are confirmed, and you can stay in the conversation using #bbcdeadlineday on social media.

We will bring you the latest news, you can hear the best analysis from BBC Radio 5 live and you can also watch MOTD at 22:45 GMT.

You can keep on top of all the completed deals in our transfer tracker and follow BBC sports reporter David Ornstein’s transfer deadline day on the Match of the Day Instagram page.

One more ‘perfect’ signing for City

Manchester City are running away with the league – and on Tuesday confirmed the signing of Laporte from Athletic Bilbao.

They are also interested in Shakhtar Donetsk midfielder Fred, though it appears if that transfer goes through, the Brazilian would remain at Shakhtar until the summer.

Laporte is a Pep Guardiola type of player, so good on the ball. He carries the ball into midfield, he is perfect for City and City are perfect for him.

City were ready to pay 60m Euros for him in 2016 but he said he was not ready and he wanted to stay at Bilbao. Now 18 months later they are back for him and he feels ready. He knows now is the time, the World Cup is in six months and he has not been capped by France yet.

France boss Didier Deschamps is sceptical about him, physically especially. That is the only question mark over him coming to the Premier League.

Manchester United are not expected to be active following the arrival of Alexis Sanchez from Arsenal. A number of players – Matteo Darmian, Sergio Romero, Daley Blind and Marouane Fellaini – have been linked with moved away from Old Trafford but Jose Mourinho says no-one will be going.

Zlatan Ibrahimovic is attracting interest from LA Galaxy but that deal can be done after the UK transfer window closes.

‘Arsenal in a crazy situation’

Arsenal’s sole focus is to complete the club-record signing of Borussia Dortmund striker Pierre-Emerick Aubameyang – but that may rely on other deals.

With a deal agreed between Arsenal and Dortmund, the deal will go through if/when Dortmund secure a replacement for the Gabon international.

It remains unclear if that replacement will be Arsenal’s Olivier Giroud, but it is likely the Frenchman will depart Emirates Stadium – either on loan or permanently – to seek game time before this summer’s World Cup.

The Aubameyang transfer would leave little money available for further major signings, so unless money is recouped for Giroud the Gunners would have to wait until the summer to potentially bolster their defence and midfield.

I would be amazed if Arsenal let Giroud go to Chelsea, but if Michy Batshuayi goes to Dortmund and Chelsea cannot sign Edin Dzeko then Giroud is clearly on their list.

I’d find it weird to let Giroud go to a competitor. It’s a crazy situation. Arsenal could have signed Aubameyang in the summer and have Giroud as their ‘Plan B’ option but instead they hesitated for a long time between Aubameyang and Alexandre Lacazette and chose Lacazette for £53m.

Then, six months down the line, they decide that maybe that was a mistake so they are going to spend another £55m on Aubameyang, a striker with many similarities to Lacazette.

If Giroud wants to go to the World Cup he has to play, and if Arsenal have Aubameyang and Lacazette then he will surely have to leave.

Chelsea might be a busy club, with much of the focus on the fate of strikers.

The club have been trying hard to secure manager Antonio Conte extra power in attack, and the search has centred on Dzeko, Roma’s 31-year-old former Manchester City striker.

A deal for the Bosnian has proved to be prolonged, with his age a complication and his financial demands unlikely to be cheap. There were reports in Italy on Monday that the proposed move for the attacker, who won two Premier League titles and the FA Cup at Etihad Stadium, was off.

Will this prompt a move for Giroud – and would the Gunners consider selling to a rival once more? What will it all mean for Chelsea’s Belgian striker Batshuayi?

Batshuayi is wanted by both Sevilla and Borussia Dortmund, with talks ongoing with the Bundesliga side about a loan move.

Chelsea have had success in a move for another Roma player, defender Emerson Palmieri, who is on course to join Conte’s squad for a fee which could rise to about £23m.

The departure of Philippe Coutinho to Barcelona has shaped much of the debate around Liverpool’s January transfer strategy, but at this stage major incomings look unlikely.

It may well be about the departures of players such as Daniel Sturridge and Lazar Markovic than Liverpool parting with large chunks of the £142m they received for the Brazilian.

This may disappoint some fans but is a policy that should also be placed in context.

Manager Jurgen Klopp is not prepared to go for quick fixes, as proved by his determination to wait until the start of this month to pay £75m for Van Dijk after failing to sign him last summer.

While there is an element of risk in not strengthening, the powerful counter argument is that Liverpool are prudent to wait until the summer – when they will sign Naby Keita for £51m – to get who they really want rather than settle for second best this month.

Pochettino the perfect guy for Lucas?

For three weeks, it seemed as though Tottenham would be prepared to stand back and let everyone else join the deadline-day scramble.

Even when they were heavily linked with Bordeaux winger Malcom, no response was forthcoming.

However, with the clock ticking, Spurs made their move for Lucas Moura, who had already been linked with Manchester United and Arsenal this month.

There is still work to be done. But Spurs chairman Daniel Levy is not one to fail on deadline day.

Lucas Moura has been in London since the end of last week and he has met Daniel Levy and other people at Tottenham. He didn’t want to leave Paris, he had a baby not long ago and has many close friends at Paris St-Germain, but he knows that he has to go as he is not playing.

He has been forced out by PSG. At 25, Spurs realise £25m for a player with his potential is pretty cheap.

He has shown at times that he has a lot of talent. He needs consistency and he needs a manager who can help him improve, something Unai Emery and Laurent Blanc have not been able to do at PSG.

Mauricio Pochettino may be the perfect guy for him right now. He has the pace, he has the skill but he is going to get kicked a lot. If he can cope with the aggression he will be fine.

Everton manager Sam Allardyce is an old hand at the deadline-day game – so it would be no surprise if we saw action in and out of Goodison Park before the window shuts.

Allardyce is short of options at left-back with Leighton Baines injured and Cuco Martina the current emergency option, but interest in Bristol City’s talented Joe Bryan is sure to be met with stiff resistance.

Everton’s potential business will also rely on departures and loan offers for summer buys Davy Klaassen and Sandro Ramirez, the latter having already gone to Sevilla. If Everton can offload Klaassen, on high wages following his £25m move from Ajax, or Morgan Schneiderlin then that might free up room for Sevilla’s Steven Nzonzi, who was signed by Allardyce when he was Blackburn manager.

Everton’s lack of goalscoring threat may mean striker Oumar Niasse survives for now, despite interest from Crystal Palace, West Brom and Brighton in this window.

The dogfight at the bottom – well, bottom half

With the 11 teams from Watford down to Swansea covered by just six points, competition for strikers is likely to be at fever pitch.

West Brom manager Alan Pardew may well have pulled off the deal of the window down at the bottom by signing Daniel Sturridge on loan from Liverpool.

Sturridge was wanted by Newcastle and Inter Milan but it was West Brom who won the race.

Watford’s Troy Deeney is also on Pardew’s wanted list, but for that to happen West Brom need to sell £20m-rated defender Jonny Evans, and that might not be so easy after Evans injured a hamstring in the FA Cup fourth-round win at Liverpool on Saturday.

There have been no bids, and the Baggies are increasingly confident the Northern Irishman will remain at The Hawthorns.

After missing out on Sturridge, Newcastle may be back in the market for a striker and have been linked with Nicolai Jorgensen from Feyenoord.

West Ham, meanwhile, have been linked with Schneiderlin, but are only willing to take the France international midfielder on loan. Hammers boss David Moyes could also be tempted into the market because of injuries and suspensions, with left-back Arthur Masuaku’s six-match ban for spitting about to start.

For the third season in succession, Swansea have spent Christmas and the New Year in the relegation zone – so the need for reinforcements is plain to see.

A paltry 15 goals from 24 games is the lowest return in the Premier League, so attacking players are a priority.

The Swans are hopeful of re-signing forward Andre Ayew from West Ham, while Serbian winger Lazar Markovic could join on loan from Liverpool.

Brighton and Southampton have signed forwards in recent days – Leonardo Ulloa and Guido Carrillo respectively – so may be done in that department.

Huddersfield got their business done early by signing defender Terence Kongolo from Monaco, and midfielder Alex Pritchard from Norwich. Expect that to be them done in the transfer market. 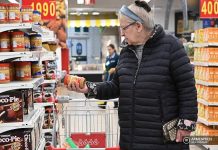