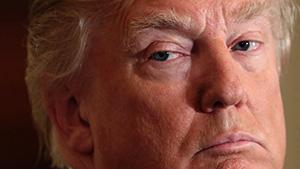 President Donald Trump discusses how his tax reform plan will help the middle class and small businesses during his first State of the Union address.

Big business was a focal point for President Donald Trump during his first State of the Union address, where he commended a handful of U.S. companies for pledging billions in domestic investments throughout the coming years.

Exxon Mobil (XOM) got an off-script nod from the president after the world’s largest publicly traded oil company announced on Monday that it would invest $50 billion in the U.S. over the next five years. The company, formerly led by Secretary of State Rex Tillerson, said recent changes to the U.S. corporate tax rate have opened up increased opportunities for capital investments.

President Trump also cited tech giant Apple (AAPL) during his address and “its plans to invest a total of $350 billion in America, and hire another 20,000 workers.” The company announced the news last week, citing those figures as its estimated “direct contribution” to the domestic economy. President Trump famously pledged during his campaign to get Apple to start building its products in the U.S. He also said in July that the company’s CEO Tim Cook had committed to building three domestic manufacturing plants.

The motor city was also acknowledged by the president; he praised a couple of companies’ spending plans while the administration seeks to continue rebuilding Detroit’s auto industry.

“Chrysler is moving a major plant from Mexico to Michigan; Toyota and Mazda are opening up a plant in Alabama. Soon, plants will be opening up all over the country,” Trump said.

Changes to the tax code, including a significant 14 percentage-point reduction in the corporate tax rate, have caused a number of companies to invest in the U.S. by not only building new plants and expanding existing facilities, but also by increasing worker pay.

The president noted that 3 million workers have already gotten a raise as a result of the new policies, with some even receiving thousand-dollar bonuses.

As previously reported by FOX Business, many companies are set to give workers a pay bump in the wake of the implementation of the Tax Cuts and Jobs Act, including Boeing (BA) and AT&T (T).