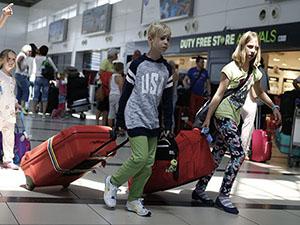 The number of foreign arrivals in Turkey rose to 32.4 million in 2017 with a 27.8 percent year-on-year increase, mainly thanks to a significant surge in Russian visitors, data from the Tourism Ministry showed on Jan. 31.

According to data from the ministry, some 1.7 million foreigners visited the country in December 2017 with a 30.8 percent year-on-year increase.

The data showed that more than 4.7 million Russians visited Turkey in 2017 with a 444 percent increase compared to the previous year as bilateral ties between Turkey and Russia normalized after the downed jet crisis.