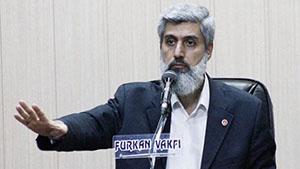 At least 21 people including Alparslan Kuytul, president of the Furkan Foundation and leader of a religious group critical of the Turkish government, were detained on Tuesday by counterterrorism police, local reported.

Kuytul and the other detainees are reportedly accused of disrupting the public order and establishing a criminal organization.

Police raided the headquarters of the foundation in Turkey’s Adana province and the homes of the suspects early on Tuesday, forcing the doors to enter the premises.

The police also raided the foundation’s branches in the Central Anatolian province of Niğde and the eastern province of Elazığ. (Turkey Purge)