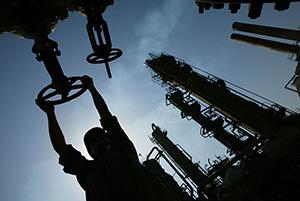 OPEC likes to trumpet its record-breaking compliance with output cuts. Yet one of its largest members has been opening the taps and doesn’t plan to scale back any time soon.

Iraq shipped a record 3.55 million barrels of crude a day from Basra, the country’s southern outlet to the Persian Gulf, in January, according to port-agent and Bloomberg tanker-tracking data. It sees capacity at 5 million a day by year-end, clouding prospects for keeping its commitment to the OPEC deal.

Among OPEC, “it’s the country with the most aggressive growth plans that have some chance of becoming reality,” said Robin Mills, chief executive officer of Dubai-based consultants Qamar Energy. “At some point it’s going to put some strain on the OPEC agreement.”

The Organization of Petroleum Exporting Countries and its partners have agreed to maintain output cuts to the end of 2018 to drain the oil glut. Saudi Arabia, OPEC’s largest producer, is exceeding its obligations to the group, while others such as Venezuela have seen supply constrained by internal strife. That’s masked quota-busting output in Iraq, OPEC’s No. 2 producer.

As crude prices have rallied, Iraq has ramped up sales from the south, more than offsetting lost production in the north where a territorial dispute with its Kurdish region has crippled exports. At the giant northern Kirkuk field, where clashes have disrupted output, Iraq has revived a deal with BP Plc to study boosting production, Oil Minister Jabbar Al-Luaibi said in London this week.

Brent crude has climbed more than 30 percent over the last six months as OPEC’s cuts helped the benchmark surpass $70 a barrel in January for the first time in three years. It gained 0.2 percent to $69.02 a barrel at 9:22 a.m. in Dubai.

The market is balancing and most OPEC members and allied producers favor keeping cuts in place for the rest of the year, Luaibi said. The minister said Iraq is pulling its weight in the oil-cuts deal, even though external data — from Bloomberg surveys to the International Energy Agency — show it’s overproducing.

— With assistance by Julian Lee