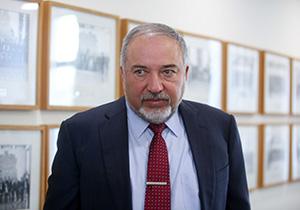 “There won’t be pictures like the ones from the Second Lebanon War showing people on the beach in Beirut while Tel Aviv residents sat in bomb shelters.”

People in Beirut won’t be sitting on the beach in the event of another war with Lebanon, Defense Minister Avigdor Liberman said in a speech on Wednesday that stoked the already tense situation along the northern border.

He also described as “very provocative” a Lebanese offshore oil and gas exploration tender in disputed territory on the countries’ maritime border, and said it was a mistake for international firms to participate.

“When they issue a tender on a gas field, including Block 9, which by any standard is ours… this is very, very challenging and provocative conduct here,” Liberman said.

“Respectable firms” bidding on the tender “are, to my mind, making a grave error – because this is contrary to all of the rules and all protocol in cases like this,” he told an international security conference hosted by the INSS think tank in Tel Aviv.

The defense minister said the Lebanese Army was indistinguishable from Hezbollah, and both were fair game in any war.

Lebanon would “pay the full price” for any Hezbollah attacks on Israel, he said.

A third war with Lebanon won’t be like the last one in 2006, Liberman said.

“There won’t be pictures like the ones from the Second Lebanon War showing people on the beach in Beirut while Tel Aviv residents sat in bomb shelters. This won’t happen,” he said.

“If people in Tel Aviv are in bomb shelters, then they will also be in shelters in Beirut. This has to be clear to the other side,” he said.

He clarified however that Israel does not seek war, and “we try to conduct ourselves determinedly and responsibly.”

Lebanese Prime Minister Saad Hariri said Liberman’s comments about the gas exploration was one of several “threatening messages” from Israel in recent days.

Lebanese political and militia movement Hezbollah vowed to defend the country’s “oil and gas rights” against Israeli threats. Hezbollah described Liberman’s comments as “a new aggression” and said it would “decisively confront any assault on our oil and gas rights.”

Lebanon and Israel border the Levant Basin in the eastern Mediterranean, where a number of large sub-sea gas fields have been discovered since 2009, including the Leviathan and Tamar fields located in Israeli waters near the disputed marine border.

Lebanon last month approved a bid by a consortium of France’s Total, Italy’s Eni and Russia’s Novatek for two of the five blocks put up for tender in the country’s much-delayed first oil and gas offshore licensing round.

“Liberman’s words about Block 9 are a threat to Lebanon and its right to sovereignty over its territorial waters,” Lebanese President Michel Aoun said on his official Twitter account.

Lebanese Foreign Minister Gebran Bassil said he had sent a letter to the United Nations two weeks ago affirming his country’s right to defend itself and its economic interests.

The offshore exploration and production contracts are expected to be signed on February 9, Energy Minister Cesar Abi Khalil said, allowing exploration to begin.