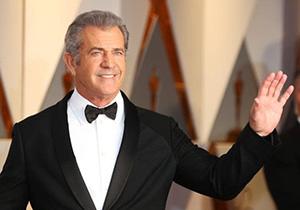 The actor portraying Jesus promised “the biggest film in history.”

Fifteen years after his film The Passion of the Christ stirred up controversy and raked in millions after the box office, Mel Gibson is set to do it again.

While Gibson has long said he was planning to make a sequel to the blockbuster 2004 film, on Tuesday, industry figures confirmed the movie was in the works.

Jim Caviezel, who played Jesus in the original film, told USA Today on Tuesday that he will be reprising his role in the second film. But he was tight lipped about any of the details.

“There are things that I cannot say that will shock the audience,” he said. “It’s great. Stay tuned.”

Caviezel, who since his turn in the original bloody tale has appeared in a handful of films and starred in a CBS science fiction drama, touted the upcoming film as groundbreaking.

“I won’t tell you how he’s going to go about it,” Caviezel told USA Today. “But I’ll tell you this much, the film he’s going to do is going to be the biggest film in history. It’s that good.”

Few other details about the film are currently known. In a November 2016 appearance on The Late Show with Stephen Colbert, Gibson told the host he had begun work on it.

“It’s probably about three years off, because it’s a big subject,” Gibson said, confirming that the film would be called The Resurrection and would deal, with, well, the resurrection of Jesus.

“It’s an amazing event and to underpin that with the things that are around it is really the story,” he said of the plot. “To sort of enlighten what that means, and it’s not just about the event, it’s not some kind of chronological telling of just that event.”

Gibson, both before and after the film, has had a rocky relationship with the Jewish community. In 2006, he was arrested for drunk driving, and a leaked copy of the record revealed his antisemitic rantings that the Jews were responsible for all the wars in the world.

In 2011 he plead no contest to battery charges against an ex-girlfriend. In a later interview with Diane Sawyer to apologize for his much-publicized rant, he blamed the fact that it was “just that very day that Lebanon and Israel were at it,” and that the Jews are “not blameless in the conflict.”

Many in the Jewish community saw his behavior as vindication for the troubling themes and motives they felt from The Passion of the Christ.

At the time, the Anti-Defamation League came out strongly against the film, saying that “productions such as The Passion could likely falsify history and fuel the animus of those who hate Jews.”

And many figures greeted Tuesday’s news with similar disdain.

Jewish actor Josh Malina shared a link to news about the film on Twitter, writing: “Should we welcome a second helping of Jew-hate from this rancid, racist, misogynistic, antisemite?”