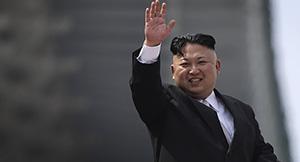 A new report shows some advisers inside the Donald Trump administration want the United States to carry out a military action against North Korea to give it a “bloody nose,” but some others are cautioning about such action.

Last week, the Trump administration withdrew the nomination of a widely-respected candidate to be US ambassador to South Korea, Victor Cha, following his warning that a military strike against North Korea to contain its nuclear and ballistic missile programs would risk dragging the United States into a disastrous war that could endanger the lives of hundreds of thousands of people.

US Defense Secretary James Mattis and Secretary of State Rex Tillerson have reportedly cautioned President Trump to tone down his war rhetoric against Pyongyang.

But others officials in the Trump administration, including White House National Security Adviser H.R. McMaster, have called for a military action option in order to exert maximum pressure on Pyongyang.

“It seems that there are divisions within the administration,” Bruce Klinger, a former CIA officer and a senior research fellow at the Heritage Foundation, told CNN on Wednesday.

“As the SecDef has stated there are a wide range of military options available to the President but it is important to note that this is still a diplomatically led effort,” Pentagon spokesman Lt. Col. Chris Logan told CNN. “As far as specifics go we will not discuss operational details or potential military options.”

State Department spokeswoman Heather Nauert said, “Our policy is maximum pressure with the goal of bringing North Korea to the negotiating table, as POTUS (the president of the United States) said in the State of the Union.”

“We have been clear that it is our intention to resolve this issue peacefully through dialogue. We have also been clear that denuclearization is the only acceptable outcome, that the entire international community is united on this point, and that it will be achieved, one way or another,” she added.

Tensions are running high between Washington and Pyongyang over North Korea’s missile and nuclear programs.

The Trump administration claims it prefers a diplomatic solution to the crisis, but it also says that all options are on the table, including military ones.

Washington insists that any future talks should be aimed at North Korea giving up its nuclear weapons, something Pyongyang rejects.

Next week, the US and Canada will host a meeting on the nuclear standoff with Pyongyang in Vancouver. China has slammed the meeting and will not attend it.

North Korea has been under a raft of harsh UN sanctions since 2006 over its nuclear tests as well as multiple rocket and missile launches. Pyongyang has firmly defended its military program as a deterrent against the hostile policies of the US and its regional allies, including South Korea and Japan.

Some US officials have said North Korea has been making significant advances in its nuclear weapons using the thermonuclear test and progress in its intercontinental missile systems. They have threatened the North with a military response unless it abandons its nuclear weapons program.

The US has moved more warships and aircraft to the Korean Peninsula recently, expanding its military presence there as South Korea prepares to host North Korean athletes in Winter Olympics this month.