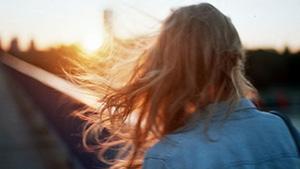 “He used to call me ‘mouldy oldie’. One time, he came over and smelled a chair I’d just been sitting on, he made vomit noises and said it smelled like old lady c***.  He did that sort of thing to other older women too. But he never touched us or did anything, so that’s not sexual harassment, is it?”

Alice* is in her fifties. She’s divorced and works casual shifts at a large organisation. The man who called her “mouldy oldie” was her supervisor. She thinks he was in his mid-twenties when this was happening.

“There were only a few of us older ones there and he was like that with all of us,” she said. “Most of the casuals were younger people, uni students or young kids on their first job. Even the young ones didn’t like the way he talked to us, but he was the one who set the roster and if he didn’t like something you said he’d cut your shifts or put you on the really late ones. That’s hard when you’re older but what can you do?”

Jennifer* is a 35 year old part time admin assistant and the only woman in a small business with four employees. The owner of the company is a man in his late fifties. “I don’t know if you’d call it harassment. He just does that thing where he stands too close and looks too long. He’d stand over me and stare down my top or at my bum. I changed how I dress at work, stared wearing really loose-fitting clothes and buttoned everything up to the neck. He told me I need to go back to how I used to look when I first started there because clients like someone to brighten up the place. It makes me really uncomfortable but I need the job so I have to do what he says.”

Mary* is in her forties. She arrived in Australia with her husband twenty years ago. He didn’t want her to work so she stayed home to raise their three children. They separated two years ago, and Mary started work as a receptionist in a factory last year. She speaks very good, but slightly accented English. Two men who work at the factory mock her accent, call her “the boatie” and make what they call “jokes” about shooting ping pong balls out of her vagina at the window to let them know when a call comes in.

She asked them to stop and asked her supervisor to speak to them. She was told she shouldn’t take it so seriously, “everyone at the factory jokes around”. Apparently she “needs to learn to understand the Australian sense of humour”. She says there’s nothing she can do for now but after she’s been there a year she hopes she can start looking for another job. “I don’t want to make too much trouble because I’ll need them to give me a reference.”

Alice, Jennifer and Mary will never make it into the news. They’re not famous, neither are the men who sexually harassed them. They’re also probably right about the consequences of making complaints. None of them are permanent employees, they can’t afford lawyers and none of them would find it easy to get another job. Mary might be able to appeal to her union but she’s too scared to try. “What if it doesn’t work? They’ll just stop giving me shifts. I can barely pay rent as it is, and no one wants to hire an old woman.”

These women, and the thousands of others like them, are the unheard women of #MeToo. The ones who will never make the news or be celebrated on social media as warriors of change. They have too much to lose and none of them think there would be anything to gain by speaking up.

It’s also telling that all of them had doubts about whether their experiences count as sexual harassment – which it most certainly does. They all felt shame, fear and powerlessness but they all said they thought they were making too much of it because they weren’t physically assaulted.

Despite this, they all acknowledge that they suffered terribly. Alice is only in her fifties, but she calls herself an old woman now. She feels shame at the very idea of trying to date or be sexual because the “mouldy oldie” label has become part of her identity. Jennifer feels sick every morning when she gets dressed for work. She says there are days she’s had to pretend she’s got a migraine or one of her children is unwell because choosing clothes for work has become so stressful she just can’t face it every day. Mary rages against racism and fetishisation of Asian women. But because she has to keep it hidden at work it boils over into every other part of her life. She says her friends are upset that she is always so on edge and angry.

As Samantha Bee said so eloquently, it doesn’t have to be rape to ruin your life and any kind of sexual harassment is unacceptable.

Where are these women in the minds of people who say #MeToo has gone too far? When they lament that men are being victimised for humour or flirtation they erase the women like Alice, Jennifer and Mary whose lives are so diminished by men’s need to prove they have sexual power over women. They are colluding with the men who think their right to make “jokes” is more important than a woman’s right to feel safe and earn a living without being dehumanised.

#MeToo is not just about famous women with lawyers and media contacts and the power to speak publicly. Those women will suffer backlash, but however terrible the reprisals, they don’t have to fear they will end up jobless and homeless. It’s too easy to forget about the women we don’t hear from, the ones who don’t speak and would lose too much if they tried. But they are the ones we need to remember. As long as they are still not safe #MeToo has not gone far enough.

* Names have been changed