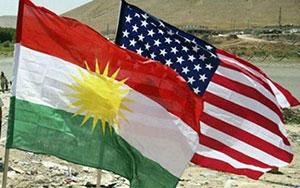 I would like to believe that the United States can once again assume the mantle of the moral leader of the world.

In 1939, when the Nazis rolled into Poland, my aunt, whose name I carry, was forced to strip naked and dig a hole, into which she and the other members of her village were summarily mowed down.

Many in the Western world turned a deaf ear to the cries of my aunt, as well as to those of six million other Jews.

America was exhausted and war weary after having fought World War I, in which approximately 30 million people had been killed, and was in a period of profound isolationism and retreat.

There emerged a charismatic, young, impassioned leader who appealed to his people, stunned by their crushing defeat in WWI, with fiery speeches of reclaiming the pride of the Fatherland.

America heard Hitler’s speeches, and knew they were laced with antisemitism. But Germany was so far away, and the enemy that had been scapegoated was a strange people, with different customs, mere Jews.

This picture is not too dissimilar from what is happening today in northwestern Syria. Turkey’s president, Recep Tayyip Erdogan, is a tyrannical brute, who has made a frequent habit of trampling on the human rights of his own people, with total impunity. Since the failed coup of July 2016, Erdogan continues to conduct arbitrary arrests and purges of academicians, politicians and journalists. Anyone slightly threatening to him is held in prison on trumped-up charges.

As Hitler saw the world’s retreat after WWI as an opportunity to fill the vacuum and flex his muscles on the world stage, Erdogan, together with Russia’s President Vladimir Putin and the mullahs of Iran, sees America’s retreat from the Middle East and is swooping in to fill the void.

As Hitler scapegoated the Jews to rally people behind him, today Erdogan is scapegoating the Kurds, making no distinction between his own internal separatist Kurdish movement, the PKK, and the YPG, the Syrian Kurdish movement.

This weekend, Erdogan gave a heated speech in Kilis, which is on the Turkish-Syrian border, vowing to drive out the Syrian Kurds from their ancestral homeland, and threatening to go into the US-backed Kurdish region east of the Euphrates, starting with the Kurdish-held town of Manbij, to which the crowd passionately chanted, “Hit. Hit. Let it reverberate and let Trump hear.”

Syria’s Kurds have done much of our own dirty work while they courageously fought to eradicate Islamic State (ISIS). They have never asked anyone else to shed a drop of blood in their defense. The region of Afrin has been a safe haven for approximately 400,000 internally displaced Syrians, who are Kurds, Sunni Arabs, Assyrians, Yazidis and others.

In the past week Turkey has been trying to create a stranglehold on the Kurdish region of Afrin in northwestern Syria. Afrin is in a particularly difficult place because it is an isolated Kurdish enclave, separate from where the bulk of US-backed Kurdish forces are.

Russia controls everything west of the Euphrates River, and Russia, which controls the airspace, has given Erdogan the green light to attack Afrin from the air. As I write this, Turkish tanks are penetrating the region, and there are at least 100 Kurds murdered.

WHEN I look at the Kurds, I see the history of the Jewish people before the State of Israel. I see the Kurdish people of Afrin as the Jews of Eastern Europe, or as the first settlers in pre-state Israel, who also valiantly defended their land.

I would like to believe that we, in the West, have an obligation to remember who our friends are and have been, and to protect and defend them from moral atrocities such as these.

I would like to believe that the United States can once again assume the mantle of the moral leader of the world; that we can become what president Ronald Reagan once called “the shining city on the hill” that all nations aspire to model themselves after. I would like to believe that the United States, which summoned up the courage to fight the two great evils of the 20th century, Nazism and Communism, can once again summon up the courage, the strength and the will to fight the great evils that are confronting humanity today. The reality is that, whether or not we want to acknowledge it, a new axis of evil has emerged between Turkey, Iran and Russia.

And the reality is also that irrespective of whether or not we are in the mood to acknowledge it, there are brutal tyrants in the world, who are poised to attack our allies when they see that America is exhausted.

No one spoke up for my Aunt Sarah when the Nazis invaded Poland. And that is why I must speak out today while Erdogan is launching this ruthless offensive on the Kurdish region of Afrin. Just as the West harbors a black chapter in our history for looking away from the cries of my aunt, our history will forever be blackened if we now choose to look away from the cries of the Kurds in Afrin. The Kurdish fight is a fight to preserve our humanity.

The author is founder and president of the Endowment for Middle East Truth, EMET, a pro-Israel and pro-American think tank and policy shop in Washington, DC. She and her group are currently on Capitol Hill educating members of Congress on the need to support the Kurds in Afrin.