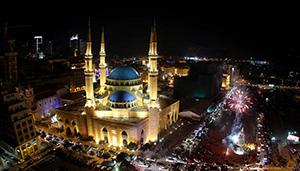 BEIRUT: There is no doubt that the Lebanese are talented, and perhaps in boxing terms, the country punches above its weight, but still the accolades for being more competitive are bestowed on the larger and wealthier nations.

According to the recently released INSEAD’s Global Talent Competitiveness Index (GTCI) for 2018, Lebanon was ranked in 60th place among 119 countries around the world and in seventh place among 13 countries in the Arab region. Roughly, Lebanon is mid-place in both categories.

“The report, published jointly by INSEAD, in partnership with the Adecco Group and Tata Communications, is a comprehensive annual benchmarking measuring how countries and cities grow, attract and retain talent, providing a unique resource for decision makers to understand the global talent competitiveness picture and develop strategies for boosting their competitiveness,” said the group in a release.

A country’s score is the simple average of its scores on the six pillars, with a higher score reflecting a better performance in terms of talent competitiveness. The countries included in the GTCI represent 89 percent of the world’s population and 98 percent of global GDP.

Here is a rundown of where Lebanon places competitively with other nations:

Globally, the talent level in Lebanon is more competitive than its counterparts in Ukraine, Botswana, and South Africa and is less competitive than talent in Oman, Azerbaijan, and Macedonia among economies with a GDP of $10bn or more.

Lebanon ranked ahead of Botswana, South Africa, and Romania, and came behind Russia, Azerbaijan, and Macedonia among UMICs; while it came ahead of Kuwait, Tunisia, Morocco, Algeria, Egypt and Yemen in the Arab region.

Additionally, Lebanon ranked ahead of Ecuador, Serbia, and Laos and came behind Ukraine, Mongolia, and Sri Lanka on the Talent Competitiveness Input Sub-Index. This category covers the policies, resources, and efforts that a country can use to promote its talent competitiveness. It includes four pillars that reflect how much the regulatory, market, and business environments support a favorable climate for talent to develop and thrive.

It also focuses on what countries are doing to attract, grow and retain talented individuals. Lebanon ranked ahead of only Ecuador, Serbia, Paraguay, Bosnia & Herzegovina, Iran, Algeria and Venezuela among UMICs. Regionally, it came ahead of Tunisia, Morocco, Algeria, Egypt, and Yemen.

On the Talent Competitiveness Output Sub-Index, Lebanon ranked ahead of Russia, Greece, and Spain, and came behind Qatar, Poland and Portugal. This category measures the quality of talent in a country that results from domestic policies, resources, and efforts. It is composed of two pillars that assess the current situation of a particular country in terms of vocational and technical skills, as well as in terms of global knowledge skills.

According to the index, Switzerland is currently on the top list, followed by Singapore, the US, Norway, Sweden, Finland, Denmark, the UK, the Netherlands, and Luxembourg.

INSEAD, which has campuses in France, Asia and the Middle East (including Beirut), partnered with human resources company Adecco Group AG and India’s Tata Communications Ltd. on the report, which looked at a total of 119 countries.