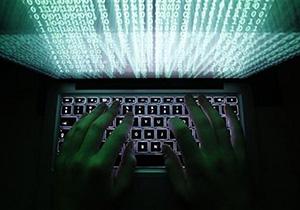 The Shin Bet’s growing team of cyber warriors is competing against opponents who are ever more “agile, flexible in their methods of operation and diversified in their execution capabilities.”

The organizers of this week’s Cybertech TLV 2018 conference published a magazine that included their unprecedented visit to the Shin Bet cyber division’s inner sanctum and a series of interviews with members of the division.

“D.,” the head of one of the branches of the agency’s cyber division, is 37, married and a father of four. He served in the IDF as part of the hesder combined military/yeshiva program, studied computer science at Bar-Ilan University in Ramat Gan, worked at an international hi-tech company, and only then move to the Shin bet.

He says in an article in the conference magazine that part of what got him to join up was that “every incident involves the actual saving of human life. The immediate nature of the response and the feedback are highly notable.

“We do not have a strategic tool that sits idly by for two years, waiting to be employed. What we have here is an activity whose value and benefit are almost always immediate. Today we may write something, and by tomorrow it will encounter the enemy,” “D.” said.

“R.,” the head of the Development & Attack Team of the cyber division, is 34, married and the mother of a little girl. Her background was in Air Force Intelligence before she came to the Shin Bet and helped to establish a vocational training course for IDF personnel loaned to the agency. She continued to run the program through the advanced stages of her pregnancy.

In the article, she said, “In cyber, the question of whether you are male or female is insignificant. A woman who is knowledgeable about the field, who talks to the point and in a confident manner… shatters all of the stigmatic notions,” and is rewarded in the security agency.

The article relates an incident in which “Y.” led a team in developing a classified technological solution for thwarting terrorist attacks. He was part of a multidisciplinary team that had to understand what intelligence was needed and then had to study the theater of operations.

Next, “Y.” and his team worked with operations specialists to employ the technological solution to collect preliminary and real-time intelligence. Even then, there was more work to do to enable the technology to work in the exact environmental conditions in which it would be used. Eventually the new system was passed on to the operations specialists, and the Shin Bet said that it prevented “yet another terrorist attack in time.”

The Shin Bet’s growing team of cyber warriors – as of a year ago their numbers had grown from being in the single digits of the agency’s personnel to around a quarter of them – is competing against opponents who are ever more “agile, flexible in their methods of operation and diversified in their execution capabilities.”

And sometimes, it is 20-year-old soldiers like “A.” who are both developing long-term strategies to defend the country’s cyber space as well as developing technologies that might need to be employed to stop terrorist attacks in a matter of hours.