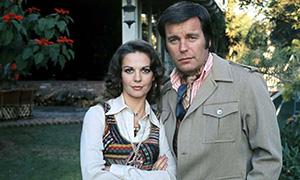 Six years after the reopening of the investigation into the actor’s mysterious death, CBS has learned her husband is a potential suspect

Nearly 40 years after Natalie Wood died mysteriously on a boat trip to Santa Catalina Island, investigators have named the actor’s husband Robert Wagner as a person of interest.

Los Angeles County sheriff’s investigators told 48 Hours, the CBS news magazine series, that they intend to speak to Wagner, 87, regarding the circumstances of Wood’s death in 1981.

CBS will be airing a special about the case – Natalie Wood: Death in Dark Water – which was reopened in 2011 after the captain of the Splendour, Dennis Davern, stated he had initially lied to police and believed Wagner to be responsible for Wood’s death. Davern alleged that Wagner and Wood had an argument that evening that escalated.

“As we’ve investigated the case over the last six years, I think he’s [Wagner] more of a person of interest now,” said Lt John Corina of Los Angeles County sheriff’s department in an interview with CBS correspondent Erin Moriarty. “I mean, we know now that he was the last person to be with Natalie before she disappeared.”

Shortly after the case was reopened, the Los Angeles coroner’s office reclassified Wood’s death certificate, previously attributed to accidental drowning, to say “drowning and other undetermined factors”. The actor Christopher Walken was also aboard the Splendour with Wagner, Davern and Wood, who was fearful of dark water.

“I’m not really the investigator here, and I’m far away from even thinking about profiting over a 30-year anniversary,” Davern told NBC News’ David Gregory in 2011 of his decision to speak out decades after the incident. “I’ve known this information for many, many years and my book has been out for two years. I’m not in it for any kind of profit, I’m in it for the justice of the whole situation.”

At just 41 years old, Wood had already amassed three Oscar nominations and starring roles in Rebel Without a Cause and West Side Story. In the days following the incident, Wagner and Walken agreed with the autopsy report stating Wood’s death was an accident while authorities believed Wood was trying to prevent the yacht from colliding with a 13ft dinghy also in the bay.

Investigators say that Wood’s autopsy noted fresh bruises on her wrists and upper body, including a “superficial abrasion” on her left cheek. In the interview with 48 Hours, detective Ralph Hernandez says Wood “looked like a victim of an assault”, while Corina added that the circumstances surrounding her death are “suspicious enough to make us think that something happened”.

The CBS special includes interviews with the detectives on the case as well as Wood’s sister Lana Wood.