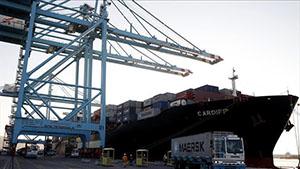 According to TİM data, the figure was the third-best January export figure of all time.

TİM noted that exports in the last 12 months had reached $158 billion, a 10.1 percent rise year-on-year.

“We’ll break through the $160 billion mark in one or two months, and get past $170 billion by the end of the year,” TİM President Mehmet Büyükekşi said.

He also noted that the upward trend of euro/dollar parity in January had helped the export figures.

In January, the automotive sector accounted for the largest percentage of exports with $2.27 billion, up 10.8 percent over the same month last year, the association said.

The apparel and chemical sectors followed with $1.43 billion and $1.35 billion respectively, the TİM said.

Among the top 20 countries receiving Turkish exports in September, exports to Greece went up the most, soaring 79.9 percent, according to TİM.

“Thus the EU’s share of exports in January rose to 52.6 percent,” it added.