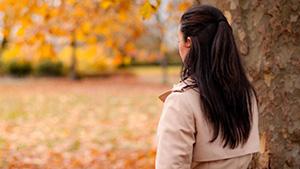 Two thirds of UK adults feel they have nobody to talk to about their problems, a survey has found.

Of the 2,500 people questioned, 66% said they had no one to speak to about mental health, relationships or money.

Difficulty finding the right time or place to talk were given as reasons behind the trend, the survey by mental health campaign Time to Change said.

The campaign’s director Sue Baker OBE said hard work was needed by everyone to break down “barriers to talking”.

Just over 22% said they had waited for a year for the “perfect” moment to discuss their issues.

The survey by the Time to Change project has been released to coincide with Time to Talk Day, which is backed by charities Mind and Rethink Mental Illness.

Ms Baker said: “People still think there is no right time or place to talk about mental health – that it’s something that should be whispered about in quiet corners.

“Conversations have the power to change lives, wherever they take place. So whether you’re at home, at work, in the cinema, or even in the car, Time to Talk Day (1 February) is the perfect chance to be more open about mental health.”

Secretary of State for Health and Social Care Jeremy Hunt added: “Too many people still feel unable to talk about their mental health.

“Time to Talk Day is an important reminder of the power of conversation, and how by taking small steps to help others we can all make our own contribution to a better and more mentally resilient society.”

The survey comes just weeks after the government announced new measures to help combat loneliness and social isolation in the UK.

Prime Minister Theresa May said in January that a series of policy changes – including the creation of a loneliness minister – would be introduced following recommendations from the Jo Cox Commission, which campaigns on the issue.

Research carried out by the commission found that almost 200,000 older people had not had a conversation with a friend or relative in more than a month.

It also said that more than nine million people in the UK described themselves as “always or often lonely”.

Many people find talking in person intimidating, and that is understandable. But it does not need to stop you from starting a conversation altogether. You could make a quick phone call, send your best mate a text, or leave a note for a parent.

Sometimes it is easier to talk side by side rather than face to face. So, if you do talk in person, you might want to chat while you are doing something else. You could start a conversation when you’re walking, cooking or stuck in traffic.

There are lots of misconceptions around mental illness. That means asking questions can be an important way of learning. Just remember not to get too personal, and be aware if the discussion is making someone feel uncomfortable.

Being open and honest with others can help to build trust. For example, you might choose to tell your friend something about you that they may not know. Just remember, do not feel pressure to share anything that you are not comfortable with.

When someone is diagnosed with a mental illness, they are still the same person as they were before. And that means when a friend or loved one opens up about mental health, they do not want to be treated any differently. If you want to support them, keep it simple. Do the things you would normally do.