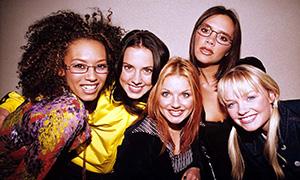 Members have reportedly accepted £10m each to promote second greatest hits album, along with talent shows and endorsements

The Spice Girls are reportedly reuniting – albeit not for a tour or a new album. The five members of the British girlband have accepted £10m each in a deal that might include television in China, a new talent show, a second greatest hits compilation and a variety of endorsement deals, according to the Sun.

The five-piece met today at Geri Horner’s (formerly Halliwell) Hertfordshire home, along with manager Simon Fuller, who is reportedly driving the reunion. Victoria Beckham is said to have assented on the condition that she doesn’t have to sing. She posted a photograph of the group on her Instagram account.

Still the biggest-selling girl group of all time, the Spice Girls reunited for a world tour in 2007. They last performed together at the closing ceremony for the 2012 London Olympics. Horner has been vocal about her desire for another reunion, though a mooted 2016 reformation was quashed when Beckham and Melanie Chisholm declined to participate.

Last year, Beckham responded to rumours of a 2018 reunion on ITV’s This Morning. “It is not happening,” she said. “At some point you’ve gotta know when it’s time to say, ‘That was great.’ Girl power will always be out there and is something that we all still believe.”

This May will mark 20 years since Horner left the Spice Girls, drawing their two-year period of global domination to a close. Since splitting in December 2000, following the release of third album Forever, each member has attempted a solo career. Brown has acted as a judge on a number of talent shows. Beckham is now a noted fashion designer. Emma Bunton is a radio presenter on Heart London, and Horner has written books and judged on talent shows including the BBC’s All Together Now.