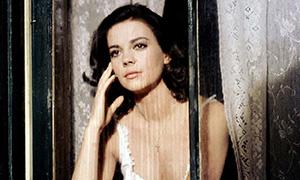 Wood drowned in 1981 and almost 40 years later, her husband is a ‘person of interest’ – will we ever know what really happened?

In the TV series Hart to Hart, Robert Wagner played an amateur sleuth who with his wife, played by Stefanie Powers, investigated murder and intrigue among Los Angeles jet-setters.

Poisoning, kidnapping, blackmail, espionage, the golden couple cracked case after case in the ABC series which ran from 1979 to 1984.

This week, however, Wagner fell under renewed suspicion for a real-life mystery from that era – the drowning of his wife Natalie Wood in 1981 on a boating trip to Santa Catalina island, a death that has haunted Hollywood for almost 40 years.

Los Angeles county sheriff’s investigators wish to speak to the actor, now aged 87, as a “person of interest” in a case reopened in 2011.

This latest twist, fittingly, is to play out on television. Investigators made the announcement in an interview with CBS’s 48 Hours due to be aired this Saturday.

“As we’ve investigated the case over the last six years, I think he’s [Wagner] more of a person of interest now,” said Lt John Corina, in an advance clip. “Some of the things we found that he did afterwards, or didn’t do, in the boat, cause us to say, ‘This doesn’t make any sense’.”

The announcement shone a fresh light on one of Hollywood’s most gilded, intriguing matches, a relationship which for a while seemed out of a storybook only to end in tragedy.

Wood came from a troubled background with Russian immigrant parents. Her father was a drunk, her mother a manipulative parent who wanted a movie star daughter. To help seven-year-old Natalie cry at an audition she told her a story of a boy ripping wings off a live bird.

Wood duly became a child star – starring in the 1947 Christmas classic Miracle on 34th Street – and in time a movie star with breakthrough roles in Rebel Without a Cause and West Side Story. She earned three Oscar nominations but battled insecurity and melancholy and sought psychoanalysis.

Wagner came from humble roots in Michigan and worked his way up the A-list with 1950s war films and westerns. He married Wood in 1957 when she was just 19 and he was 28. They starred together in MGM’s All the Fine Young Cannibals. The film flopped but they remained one of Hollywood’s golden couples.

They divorced in 1962 and proceeded to have numerous romances – she with Warren Beatty, Frank Sinatra and Steve McQueen, among others – he with Joan Crawford, Elizabeth Taylor and Anita Ekberg, among others. They also briefly married other people.

In 1972 they reconnected and remarried. “We got back to where we started, and should have stayed,” she said. They had a daughter and lived – by most accounts quite contentedly – in Beverly Hills, each making forays into television and occasionally teaming up together for roles.

Insecurities still plagued Wood, however, and dwindling film roles didn’t help. Her demons returned, wrote her biographer, Gavin Lambert. “During the last two years of her life, they became fully awake, and the rest of the story is of addiction to painkillers and too much white wine out of frustration at a stalled career.”

She accepted her final role, Brainstorm, with Christopher Walken, because there was nothing better on offer. By then Wagner was enjoying prime-time success with Hart to Hart.

Walken accompanied her and Wagner when they sailed on their 60ft yacht to Catalina, a playground off the Los Angeles coast, on Thanksgiving weekend in 1981.

After a champagne-fuelled dinner ashore with the vessel’s skipper, Dennis Davern, they returned to the yacht and continued drinking. Wagner phoned authorities around 1.30am to report his wife missing.

Wood was found a few hours later in her nightgown and socks floating face-down in the water.

The case had all the ingredients of a Hart to Hart episode, marriage, glamour, luxury, mystery – save one crucial gap: resolution.

The autopsy report stated Wood’s death was an accident. Authorities suggested she was trying to prevent the yacht from colliding with a 13ft dinghy and sustained her bruises after falling overboard and trying to climb aboard the dinghy, which bore scratch marks.

Wood could not swim and was afraid of dark water. A cottage industry of books, documentaries and a TV film fanned speculation about foul play.

Wagner’s career survived the tragedy. It was long before #MeToo and Hollywood treated him as a grieving widower, not a potential abuser or killer. He continued to star in Hart to Hart as well and played the character Number Two in the Austin Powers trilogy. Walken went on to even greater screen success.

However, questions about the fateful night never rested.

In his 2008 memoir Pieces of My Heart, Wagner said that after returning from supper he and Walken argued – over what remains unclear – and that Wood moved to another part of the yacht, after which she fell into the water and drowned. “There are only two possibilities: either she was trying to get away from the argument, or she was trying to tie the dinghy. But the bottom line is that nobody knows exactly what happened.”

LA authorities reopened the investigation in 2011. A coroner’s report released in 2013 stopped short of classifying the death a homicide, saying key pieces of evidence were missing. Instead of accidental drowning the death was classified as “drowning and other undetermined factors”.

This week’s statements by police do not signal a breakthrough. Despite flagging Wagner as a potential suspect they seem stumped and are appealing for help. “We’re at the end of the investigation,” said Corona. “We’re at a standstill, so we thought we’d give it one more shot to the public.”

Ralph Hernandez, another investigator, said bruises on Wood’s wrists and upper body and a “superficial abrasion” on her left cheek meant she “looked like a victim of an assault”, with the circumstances surrounding her death “suspicious enough” to make police consider foul play.

Wagner nor his publicists made no immediate response.