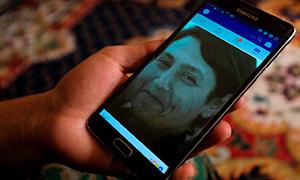 Syrian Kurds have accused Turkish-backed rebels of mutilating then filming the body of one of their female fighters after a video emerged of her corpse.

Turkey and allied Syrian rebels have pressed an offensive since 20 January against the Kurdish enclave of Afrin in northern Syria, whose Kurdish fighters Ankara views as terrorists.

A Kurdish official identified the woman as Barin Kobani, who took part in a US-backed campaign to drive the Islamic State jihadist group from the northern town of Kobani.

The Kurds blamed the “terrorist allies of the enemy Turkish state” for mutilating the body of Kobani, who was a member of the all-female Kurdish Women’s Protection Units.

The Syrian Observatory for Human Rights, a monitoring group based in Britain, said it received the video from a Syrian rebel fighting with Turkish forces in the Afrin offensive.

The rebel told the group the footage was filmed on Tuesday after rebels found the young woman’s corpse in the village of Qurna near the Turkish border in the north of the enclave. In the footage, a dozen men, some armed, gather around the badly mutilated body of a woman lying on the ground.

The Kurdish community reacted with outrage, and social media users shared a portrait of Kobani smiling next to another shot of her brutalised body.

“Barin did not surrender. She fought to the death,” said Amad Kandal, an official with the Women’s Protection Units, vowing to avenge her comrade’s brutal murder. “This kind of behaviour will only serve to reinforce our determination to resist until victory.”

Male and female YPG fighters have taken part in the battle by the US-backed Syrian Democratic Forces (SDF) to expel Isis from large parts of Syria.

An SDF spokesman, Mustefa Bali, said the video was reason to continue fighting back against Turkey and its allies. “Imagine the savagery of these invaders with the bodies of our daughters. How would they behave if they took control of our neighbourhoods?” he wrote on Facebook. “All this hatred and barbarity leaves us with a single option: to continue the resistance.”

An Afrin resident Hussein Cheikho, 65, said he was “deeply pained” when he saw pictures of Kobani’s mutilated body but said her death would not be in vain. “The death of a young man or a young woman will not weaken us. Out strength will be bolstered every day,” he said.

The Syrian National Council, the main opposition body in exile, condemned the “criminal acts” and called for “an immediate investigation to punish those responsible.