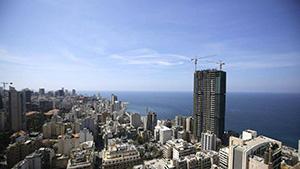 “The central notion behind this is to keep depositors behind the Lebanese Pound, by allowing banks to keep up the average eight percent interest payment for lira deposits,” one banker noted for Annahar.

Rates for lira deposits were increased during the short-lived Hariri political crisis at the end of last year to prevent a flight into dollars by Lebanese depositors and have stayed in place as a cautionary measure.

The eight percent figure is for short-term-maturity deposits of lira versus the higher rates of around 9-to-10 offered for larger sums held for a longer maturity term by banks.

Current home loans were pegged at 4.23 percent, and under Friday’s guidance offered in a BDL circular, the percentage payback for loans changes upwards by 50 basis points, bringing the rate to 4.73 percent.

Another banker noted that the increase in the loan rate simply brings the rate back in line to where it was a year ago, when rates were cut to help stimulate the housing sector.

Though, the financial analyst added that while only a relatively minor change to the subsidized loan rate, nevertheless, this and other economic factors will make home shoppers think more cautiously about a residential purchase in an already slowed market.