Analysis: Over the years, we have gotten used to seeing Lebanon as a war games field; no one asks for permission to fly IAF planes and UAVs on their way to hit Syrian targets, according to foreign reports. Suddenly, Lebanon is acquiring the status of a responsible sovereign state, and the Lebanese are flexing their muscles before signing oil-drilling contracts in disputed territory.

The flagship trio leading Lebanon—the Maronite Christian president, the Sunni Muslim prime minister and the Shiite Muslim parliament speaker—is having trouble deciding whether the flood of threats from Israel is aimed at revealing contingency plans for a military operation, or that the only purpose of Prime Minister Benjamin Netanyahu, Defense Minister Avigdor Lieberman and senior IDF officers is to intimidate.

And we haven’t mentioned Hezbollah, which is pulling all the strings in Lebanon and has no real interest in a third round of destruction and ruin. After 2,000 dead fighters in Syria and hundreds of disabled and wounded, as well as a painful cut in the Iranian funding budget, Hezbollah has more urgent matters to deal with.

The Lieberman-style figurative promise, that in the next round there will be no images of Lebanese residents on the beach while Israelis are hiding in bomb shelters, led Hezbollah leader Hassan Nasrallah to announce that “Israel also knows that it will pay a heavy price in the next war.” As far as the leading trio in Beirut is concerned, when Lieberman talks about “boots on the ground,” he is pointing to a hot summer.

We must pay attention to the fact that the top echelon in Beirut has failed to issue any denials concerning the Iranian plan to improve Hezbollah’s abilities by building factories to produce precision-guided missiles. Either they’re not in on the secret or they’re choosing to keep quiet. After Israel destroyed the Iranian military industry infrastrctures in Syria, according to foreign reports, the Revolutionary Guards are moving the effort to Lebanon without asking the leadership for permission.

The truth is that the amounts of missiles in Hezbollah’s possession even before the construction of new manufacturing houses in southern Lebanon are alarming. Nasrallah is getting the media, especially the foreign media, to do the work for him. We are already talking about thousands of missiles capable of hitting precise targets in Haifa and Tel Aviv and reaching all the way to Eilat. The amounts of inaccurate missiles, medium-range missiles and quadcopters are much bigger. Our censorship won’t allow an exposure.

And there’s a timing issue: The Lebanese parliament elections will be held on the first week of May. The term of the parliament, where Hezbollah has the right to veto important decisions, has been extended repeatedly for the past 10 years due to security issues, the civil war in Syria and internal conflicts. Prime Minister Saad al-Hariri is now swearing that the elections will be held on May 6 and that he has no intention of postponing them, no matter what. Exactly one week later, on May 12, US President Donald Trump will have to decide about the fate of the nuclear agreements with Iran. Trump keeps tweeting that he won’t be a rubber stamp.

From the Lebanese side, that week in May is expected to be dramatic. Officials at the Kirya Base in Tel Aviv are predicting that Hezbollah could reach a 70-percent majority in the parliament, pending any “black surprises.” As far as Israel is concerned, a Hezbollah takeover of Lebanon’s state institutions and decision-making process has to be curbed. How can it be curbed? It doesn’t take a wild imagination to figure it out.

What exactly can Hariri do to stop Hezbollah from building up strength with Iranian backing? Absolutely nothing. His majority party will keep working with Hezbollah’s representatives in the parliament, and Lebanon’s parliament is meaningless to begin with. All the worthless attempts to collect Hezbollah’s weapons have been scornfully rejected. Nasrallah is defending Lebanon from the Zionist enemy, and the terror organization’s fighters are his fighters against Israel, just like they fought for Bashar Assad’s survival in Syria.

Over the years, we have gotten used to seeing Lebanon as a war games field. No one asks for permission to fly Air Force planes and UAVs on their way to hit Syrian targets, according to foreign reports. Suddenly, Lebanon is acquiring the status of a responsible sovereign state, and the Lebanese are now flexing their muscles before signing oil-drilling contracts in Block 9 within the sea, which is subject to a border dispute with Israel. Official Lebanon is vowing not to cave in on this issue. It’s letting others handle the warmongering from Israel. 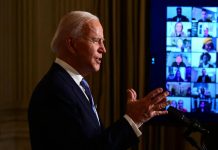 Bibi, Biden and the Iranian bomb 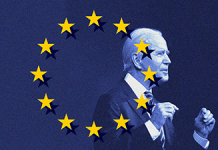 Joe Biden Has a Europe Problem

Inside Joe Biden’s Agenda for His First 100 Days