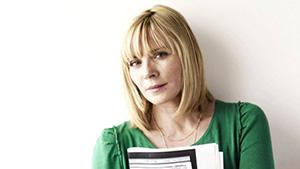 Sex and the City actor Kim Cattrall has announced the death of her brother, after earlier issuing a public appeal for information on his whereabouts.

Christopher Cattrall, 55, had been missing from his home in Alberta, Canada, since Tuesday.

Kim Cattrall had appealed to her social media followers for help finding him.

His keys, cell phone, and wallet were left on the table, the front door was unlocked, and his seven “beloved” dogs were left unattended, she said.

“This is not like Chris… Help us bring him home safe,” she had asked fans.

Later on Sunday, the Liverpool-born actor posted a message on Twitter saying: “It is with great sadness that myself and my family announce the unexpected passing of our son and brother, Chris Cattrall.”

The message thanks those who offered support and asks for privacy.

No further details were given.

A spokesperson for the Royal Canadian Mounted Police said there was no reason to believe there was anything suspicious in the death.

It is with great sadness that myself and my family announce the unexpected passing of our son and brother, Chris Cattrall. At this time we ask for privacy. We want to thank you all on social media for your outpouring of love and support in this trying time. pic.twitter.com/n4dQAMrTvS

Chris lived in the town of Lacombe in Alberta.