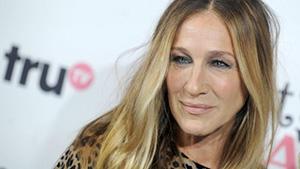 Sarah Jessica Parker has spoken out on the controversy surrounding Kim Cattrall and a new Sex and the City movie for the first time on the talk show, Watch What Happens Live, telling close friend and host, Andy Cohen she is “heart-broken” by Cattrall’s comments from last year but hopeful for another movie.

Ever since Sex and The City 2 came out in 2010, and was subsequently panned by critics and audiences alike, people have not stopped asking the cast when the next movie is going to happen.

Perhaps fans feel like this is the only way they can remember Sex and the City the way they’d like to, as a frank and forward-thinking show on the grey areas in relationships, instead of a boorish comedy about ladies falling off camels.

Each time they’ve been asked, the cast has replied graciously, if mysteriously, that it’s up to the original creator, Michael Patrick King.

Or at least, that was the official line they toed until Kim Cattrall, who has famously inhabited the role of sexually-liberated Samantha Jones, broke with protocol last October and went rogue in an interview, telling Piers Morgan on television she had no intention of doing Sex and the City 3, and was “never friends” with any of the cast to begin with.

“We’ve never been friends,” she said. “We’ve been colleagues and in some way, it’s a very healthy place to be.”

The interview reportedly upset Sarah Jessica Parker and the rest of the cast, who were apparently on the cusp of formulating a storyline with King.

Insiders were quick to mention that it was Cattrall who had ruined the friendships, and Cattrall alone who was standing in the way of another movie.

Which brings us to today. Sarah Jessica Parker appeared Thursday our time on Watch What Happens Live with Andy Cohen, a show known for its taboo-bending questions and conversations over cocktails.

Cohen, who is a close friend of Parker’s, wasted no time in asking her to spill the details of what exactly went down with Cattrall, to which Parker replied,

“[I felt] just heartbroken. That whole week… I mean, you and I spoke about it endlessly…”

It’s at this point, Parker seemed to be trying to over-ride her emotional state with calm diplomacy, but her face wasn’t having it. She looked teary.

“I found it really upsetting.” she continued.

“That’s not the way I recall our experience. So, it’s sad, but… I always think that what ties us together is this singular experience. I was a professional experience, but it became personal because it was years and years of our lives. I’m hoping that that sort of eclipses anything that’s been recently spoken… That many years spent doing something so special that people had a connection with is such a privilege.”

Cohen then suggested killing off the Samantha Jones character before asking Parker the same question she has been asked for the last 8 years: will there ever be another movie?

“I think once everybody has thoroughly experienced the grieving process, then Michael Patrick [King] can go back and ponder what he might want to do and how he might want to proceed,” said Parker. “That’s the most clear answer I’ve given yet.”

Is it? Because it doesn’t sound clear at all. Although reading between the lines, the mention of “grieving” leads us to believe that they intend to reach acceptance about Kim Cattrall no longer being part of the awesome foursome, and then when that’s done, when the chips have fallen, when the tea has cooled, when the dawn rises on a new day of designer clothes and dubious romance ..

Well. We couldn’t help but wonder if, what Parker meant was … there will be no Samantha.