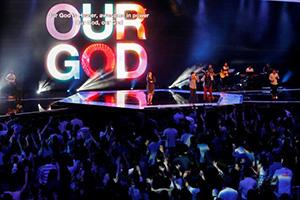 SINGAPORE (Reuters) – Singapore’s government is seeking to amend a law that led to shortened sentences for church leaders convicted of misusing millions of dollars, in a case that has gripped the city-state where there is little tolerance for corruption.

This follows a decision last week by a Singapore court to reject a prosecution appeal to reinstate longer jail sentences for the church leaders, after the High Court reduced their sentences in April 2017.

The government believes the sentences are “too low” for those including City Harvest Church’s co-founder Kong Hee, convicted of using funds to support his wife’s pop-singing career, Minister for Law Kasiviswanathan Shanmugam said.

Kong, 53, was originally sentenced to eight years in jail in October 2015 for criminal breach of trust and falsification of accounts. The High Court later reduced that sentence to three-and-a-half years.

“It is now up to parliament to amend the law, and that we should do soon,” Shanmugam said in parliament on Monday.

Shanmugam said the judgment shows there is a “lacuna” or gap in the law around punishment for senior officers charged with criminal breach of trust.

”The government’s policy is clear … If you abuse that trust you should be more culpable, and you should be liable for more severe punishments compared to a normal employee.

“For the last 40 years the law, as applied by the courts, reflected this principle. In April last year, the position changed.”

The mix of money, faith and scandal in the City Harvest Church case is unique in Singapore, and gained much public interest during a legal battle that spanned nearly five years.

Local media said it was the largest amount of charity funds ever misappropriated in Singapore, and the country’s most expensive criminal trial.

While megachurches originated in the United States, some of the largest are in Asia, where packaging the traditional biblical message into a more dynamic format of pop music, lively services and social media has lured a new generation of followers and turned the churches into major enterprises.