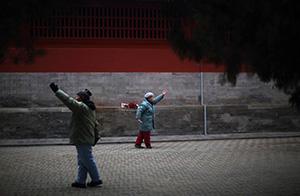 China’s pension shortfall is emerging as the next big challenge for policy makers as they intensify their years-long campaign to keep rising debt from derailing the economy.

Aging in the world’s most populous country means pension contributions by workers no longer cover retiree benefits, forcing the government to fill that gap since at least 2014. Pension expenses rose 11.6 percent to 2.58 trillion yuan ($410 billion) in 2016, leaving the government a 429.1 billion yuan tab to cover the shortfall, according to the latest available data from the Finance Ministry.

That shortfall will reach 600 billion yuan this year and 890 billion yuan in 2020 if the system isn’t reformed, according to Wang Dehua, a researcher at the National Academy of Economic Strategy in Beijing. Enodo Economics in London, which has advised policy makers on the matter, forecast last year that it could soar to 1.2 trillion yuan by 2019. The finance ministry doesn’t release estimates.

“China’s biggest fiscal risk is pension risk,” said Wang, whose institute is under the Chinese Academy of Social Sciences, the government’s top think tank. “There are big problems in the pension system if it can only keep operating with large fiscal subsidies.”

The shortfall adds urgency to President Xi Jinping’s quest to stem rampant growth in corporate debt, given the government will need to fund widening deficits of its own in coming years. Leaders may offer an update to the pension outlook on March 5 when they convene for the annual National People’s Congress in Beijing.

While government revenue rose 7.4 percent last year for its first acceleration since 2011, that’s unlikely to keep rebounding amid slower economic growth. That would limit Beijing’s ability to cover the shortfall, which may push policy makers to issue debt to bridge the gap.

“China has been doing so well in many aspects in the past years, but it has really been left behind in pensions,” said Stuart Leckie, chairman of Stirling Finance Ltd. in Hong Kong, a consulting firm for pension funds and asset managers in Hong Kong and mainland China. Though the government may always be able to pay pensions, contributions from employees and companies could rise drastically or payouts may be cut, he said.

Premier Li Keqiang pledged in his report to last year’s congress to increase the allowances. “We will weave a strong safety net to ensure people’s well-being,” Li said. “We will continue raising basic pension payments and see they are paid on time and in full.”

The population is graying quickly. The State Council said last year that about a quarter of China’s population will be 60 or older by 2030, up from 13.3 percent in the 2010 census. Meanwhile, scrapping the one-child policy hasn’t raised birth rates as high living costs deter larger families. Births fell to 17.2 million last year from 18.5 million in 2016.

“China’s graying population is often analyzed in the context of a rising old-age dependency ratio and the strain it implies for the public finances,” she wrote in a report this month. “But it’s worth pointing out that a higher proportion of pensioners, who consume but do not produce, should lead to a structural increase in the share of consumer spending in GDP.”

Those benefits aside, signs of strain are already visible in the pension system, and the deficit is poised to “quickly increase” after 2020, according to Liu Shangxi, director of Chinese Academy of Fiscal Sciences, a think tank affiliated with the Finance Ministry.

The central government said in November that a handful of larger state-owned enterprises and financial institutions would transfer 10 percent of their state-owned equity to social security funds to help ease pension payment pressure. New details haven’t been released.

The Finance Ministry and Ministry of Human Resources and Social Security didn’t respond to requests for comment faxed Monday morning. The MOHRSS has delayed the release of annual social insurance reports, offering a less-timely glimpse into the nation’s pension burdens.

China has been paying retirees with contributions made by the working population since it set up the current pension system in early 1990s. The gap between money coming in and payments going out has been widening as more retire and fewer join the workforce.

“China should encourage individuals to invest more for their retirement to reduce the burden on the government, which can’t shoulder the responsibility all on its own,” said Zhang Bin, a senior researcher at the China Finance 40 Forum, a Beijing-based think tank.

— With assistance by Yinan Zhao, and Jing Zhao