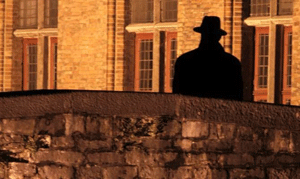 Modern republic of Armenia is a center of modern transnational movements. Tiny republic situated on the cross – center of the Western Asia and Middle East pose interest to conglomerate of Europeans and Americans and to Russians as well. No doubts that Yerevan is full of spies now and not only Yerevan and other parts of Armenia. May be not all of them work for intelligence, but the best spy is who doesn’t know that he is a spy. What the aim of modern espionage in Armenia nowadays? And who do it? Firstly we should define who is interested in espionage on Armenian territory. Bipolar world ended in 1991 year ( after KGB and GRU were dismantled the whole world got a vital information what technologies used intelligences and for what purposes in 1945 – 1991, so mechanism has been changed, but now it is not hard to understand for what aim it works) and routine life of a man has tremendously changed in 21st century. The world development is attached to “Consortium” a group of a world companies where special services are still important tool, but tackling world issues through them Consortium group confirm that services are not independent and can’t provide themselves security to own people.

Present-day espionage in Armenia can be divided on several groups:

Now we regard each case separately:

In order not to bring under dangerous others and not to create a public outcry, real names will be not called.

The Main Frontier Administration of FSB in Armenia which is situated in Kanaqer district, not so far from AGBU center, and Iranian embassy. According to some not public data within this structure works people from different Russian local FSB Administration. Taken into account fact their ethnic group and some of them visited Turkey on vacation and contacted with Turkish special services. As we know Turkish citizens time to time visit Armenia and some of them indeed can be attached to spy network and undercover of tourist or civil activist lead contact meetings with FSB officers. In accordance to specific of FSB they can transfer such kind of information as goods traffics, companies which cross Armenian territory, situation on the boards about secret stores and caches which installed in border district of Armenia. Also FSB officer can be sometimes mediators between foreign intelligences and Russian Service of External Intelligence, known as SVR. SVR officers traditionally can work within different departments of Russian embassy in Yerevan. For SVR and CIA Armenia pose a strategic meaning. There they can carry out control meetings and give each other reports on situation in region about joint strategic operations, about enlarging of network etc. As known there is no American embassy in Iran, and possible that American embassy contains special departments which are responsible for interaction with Iranians on Armenian territory. American embassy in Armenia is not just an embassy, this is a military structure which constructed in a way which allows it to be switch on to all Yerevan’s communications: electricity and pipes.

American spy network has a little bit another specific. They use the same techniques as soviets. For instance, previously  in Meghri district which is bordering with Iran masked under Azerbaijani geologists with assistance of the same Frontier Staff  of KGB ( at that time) in Armenia, carried out operations in mountains to find out the best places for installing secret stores with arms and caches for agents. Also they monitored a territory to establish the weakest points of district in case of war. Also some not public data tells that their initial aim was to define a place for testing of nuclear weapon and in reality military – space forces explored limited nuclear loads under Meghri district in 1980th. Possible it is an explanation why so much people in Meghri district are sick with cancer and cardiovascular diseases.

Now instead of Azerbaijani geologist their place took English teachers from the USA who observes the same territory. Also US use practice to send on “internship” junior associates of Department of the State masked under student who study for instance Russian or Armenian language. Department of States has own autonomy service which is responsible for getting information and intelligence, identical one has and Russian Foreign Ministry. But handlers of the “students” are sitting not in embassy in Armenia, they work for abroad also in American structures but come for control meeting in Armenia once or twice. And the last GU (former soviet GRU) military intelligence.  Agents of the GU in Armenia may be hiding in the Headquarters of Russian troops and can implement contact meetings not only on Armenian territory, but on territory of Georgia and Turkey as well. And other issue with GU, which we must regard. All remember Valery Permyakov who murdered Armenian family in Gyumri. Who is him? Answer is simple. He is a doll ( kukla). In GRU slang this means a person who is sentenced to execution or has a disappointing conclusion (like a psychological disease). According to some statistic Permyakov was from family where one of the parents was a criminal and Valery’s Permyakov personality stands on register in Psychiatric Hospital in his hometown. As a rule military intelligence use such kind of people in the most productive aims. They can convert him in «Kamikadze» who will be killed, but accomplish his objective. And objective was one – to make a split in Armenian society and provoke it. And responsibility should take GU Russian military intelligence. And private Russian civil organization Kazaki. They are registered in Armenia now, but semi-criminal past of these people make feel us scared and we don’t know how special services will use them.

So it was a little part of espionage in Armenia, how it can be nowdays. But no ideas generally how much people are involved in this network.