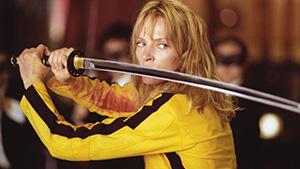 When I watched, white knuckles gripping my laptop, the footage of Uma Thurman’s car crash on the set of Kill Bill, it struck me that Quentin Tarantino has been revealing himself to us through his art all these years.

It was only a day or so before Thurman’s revelations that I had been discussing the writer/director’s work with a filmmaker friend and we both realised we’d cooled on his shtick considerably, for two main reasons: his obsession with the N-word, and his obsession with sexualised violence.

Then, I remembered how Harvey Weinstein himself had waved off accusations of Hateful Eight‘s misogyny, calling it “fishing for stupidity”.

(Anyone who has a clue will tell you Quentin Tarantino’s best film –even his only truly great film– is Jackie Brown. Is it a coincidence that it’s also his subtlest film and his only adapted screenplay, being based on Elmore Leonard’s Rum Punch? Maybe.)

I am a big fan of intergender violence (that is, between men and women) in cinema; indeed, it’s the basis of what will eventually become my PhD research. I also believe that a woman getting socked in the face can, in theory, be as funny as a man. But no matter how Tarantino might defend his blood-spattered back catalogue as pro-woman or true cinematic equality, violence in the QT pantheon so often seems to be, with a few exceptions, something done by men to women.

This is the thing about movie-making: themes emerge in filmmakers’ work that reveal what they care about, the things that bore into their minds during sleepless hours of the early morning, the way they see the world.

Take the large swathes of Steven Spielberg’s work that explores absent or incompetent father figures (E.T, Close Encounters, War Of The Worlds, Empire Of The Sun). The director himself has admitted he was working through the childhood trauma of his parents’ divorce.

Now, I’m not about to accuse QT of dreaming of cracking a gun butt over a woman’s head (The Hateful Eight), scalping her (Kill Bill), murdering her in his muscle car (Death Proof) or branding and whipping her (Django Unchained). Indeed, plenty of people have called Tarantino a feminist director specifically because of his plethora of female characters and willingness to treat them just as badly as their male counterparts.

But a theme, as it were, has emerged: Tarantino loves to put his female characters through hell. We know now, from Thurman’s account of his on-set behaviour, that he also likes to do the same to at least one of his actresses in the name of authenticity in performance.

There’s so much to unpack in Thurman’s story that it’s hard to know where to start. Jessica Chastain’s multi-pronged reaction speaks to this.

When violence against women is used as a plot device to make the characters stronger then we have a problem. It is not empowering to be beaten and raped, yet so many films make it their ‘pheonix’ moment for women. We don’t need abuse in order to be powerful. We already are.

Directors inserting themselves into a scene depicting abuse is crossing a boundary. How can an actor feel safe when your director is strangling you?

I believe it was Sun Tzu who said “Wait long enough by the screenwriting group’s shared folder and ‘rape/violence as female character development’ will float by”.

In all my years reading scripts, I’ve lost track of the number where, in flashback, we learn that the Strong Female Character at the heart of the movie was made that way because she suffered a “brutal rape”.  Often, they don’t even realise they’re doing it until it’s brought up in notes or workshop; often, the rape and assault scenes don’t even work as character development.

Tarantino’s catalogue, which if you believe his long-held “ten films only” policy is soon to draw to a close, will invite criticism and analysis for years to come. But I no longer think he’s the male filmmaker who “writes great women” (that gong goes to David O. Russell), or even feminist (that’s James Cameron), and I’ve tired of his one-note revenge fantasies and “guy in your MA” justifications for racist language and sexist violence.

No doubt we’ll soon hear from QT himself, in which he’ll tie himself in knots to big up his feminist credentials. Whatever he says, I won’t be able to get that car crash footage out of my mind. Nor Daryl Hannah’s expunged eyeball. Nor Bridget Fonda being shot point blank. Nor Kerry Washington’s brutalisation. Nor Vanessa Ferlito’s disembodied leg. Nor Jennifer Jason Leigh’s bloody, toothless grin.

That’s theme, folks: it sneaks through the cracks, between the lines, and tells the audience what’s on your mind. 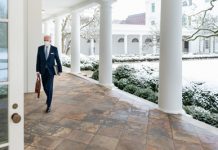