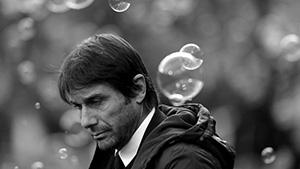 Antonio Conte’s days as Chelsea manager appear to be numbered after a poor run of results make him odds-on for the sack.

The Blues’ 4-1 defeat at Watford on Monday makes it back-to-back reversals for the Blues after last week’s 3-0 humiliation at home to Bournemouth.

The Italian has not had a particularly good second year in west London, after winning the league first time around.

Reports on Tuesday suggested the Blues could hold off from sacking the Italian, while the club remains in the Champions League and the top four domestically.

If Conte is dismissed, it will be the third successive season where the top-flight’s league-winning manager has been axed in the following campaign (previously Jose Mourinho and Claudio Ranieri).

That is despite the stunning statistic revealed by Opta, which states that Conte has the joint-best win rate of any manager (70.3%) in Premier League history, level with Pep Guardiola.

Months after Diego Costa’s 20 goals helped Chelsea to the Premier League title, Conte texted the Spain international to inform him that he was not in his plans at Stamford Bridge for the forthcoming season.

Costa showed his team-mates and the way Conte dealt with it will not have gone down well in the dressing room, while it apparently annoyed owner Roman Abramovich.

Costa was eventually sold back to Atletico Madrid and replaced by Alvaro Morata, who is yet to fill the void left by his compatriot.

Further to his clash with Costa, Conte also reportedly fell out with another big character in David Luiz earlier in the season, showing further volatility within the camp. Luiz did not feature from the end of November until early January.

Conte said at the time: “He has to work really hard otherwise he is on the bench or in the stands. I don’t know (about Luiz’s future). Andreas Christensen is the present and the future for Chelsea.”

As well as getting rid of Costa from his Premier League-winning XI, Nemanja Matic was sold to Manchester United.

Not only did the club allow another key player to depart, they strengthened a rival in the process.

Matic had formed a solid and reliable partnership with N’Golo Kante which was key to Chelsea’s title-winning season. His presence has been missed, with Tiemoue Bakayoko yet to settle and Cesc Fabregas playing a different sort of role in the centre of midfield.

There were suggestions Conte did not want to sell Matic and the decision was made from above.

He was also said to be left furious with the club after missing out on Romelu Lukaku – the number one target to replace Diego Costa – to United. Chelsea later signed Morata, who United had snubbed in favour of Lukaku.

Chelsea went on to sign Emerson Palmieri and Olivier Giroud before the transfer deadline.

As part of the triangle which saw Giroud leave Arsenal and Pierre-Emerick Aubameyang arrive at the Emirates, Chelsea loaned Michy Batshuayi to Borussia Dortmund.

The Belgian forward arrived at Chelsea with a good reputation and high hopes in 2016, but he was rarely a starter under Conte despite his creditable record of netting 19 goals in 53 appearances (many as substitute) for the club.

Batshuayi, a popular character with Blues fans, made a goalscoring start to his spell with the Bundesliga giants, scoring twice in their 3-2 win over Cologne, and he could go on to prove Chelsea were wrong to let him go.

Conte was dragged into a war of words with former Chelsea boss Jose Mourinho at the start of the year, with the pair at odds with each other, going back-and-forth publicly. Their form has been woeful in the same period.

Coincidence? That remains to be seen but, from the outside, the whole thing seemed to affect Conte and his side. When Mourinho was sacked by Chelsea in 2015, his key players effectively downed tools and they could easily do the same with his successor.

In some of Chelsea’s best times over the last decade-and-a-half, you knew who their leaders were – the likes of John Terry, Frank Lampard, Didier Drogba and Petr Cech.

Terry was the last of that quartet to leave last summer and, while he had to leave eventually, he has not been replaced by a true, natural leader. Andreas Christiansen looks more than able in terms of footballing ability, but they need another experienced head in the squad.

Gary Cahill is the current captain, while you can possibly look at Cesar Azpilicueta as another option, but there are few left in Conte’s squad and that is the sort of influence and experience he has missed this term.

Conte has been a lively character since coming to England in 2016, but he sounded quite exhausted and almost accepting that his reign as Chelsea boss is nearing its end.

“I work every day, and I give 120 per cent. Okay? If this is enough, it’s okay. Otherwise, the club can take a different decision. But I’m not worried. It’s very difficult because, every day and every press conference, you ask me if I’m worried. No. I’m not worried. Tomorrow is another day. I can be the Chelsea coach or not.

“Where is the problem? My soul is clear. I go to sleep without a problem that maybe, maybe, I could do this or that. I try to do everything. If it’s not good, the club can make a different decision. Life goes on.”

Jamie Carragher has a similar opinion, saying on Sky Sports’ Monday Night Football: “It looks to me when I hear him speak in press conferences, I wouldn’t say he wants to be sacked but it doesn’t look like it’d be the worst thing in the world if it happened. It’s almost like he’s testing the board at Chelsea.

“He’s prodding and poking them in press conferences and interviews and that will not go down well with Roman Abramovich.”