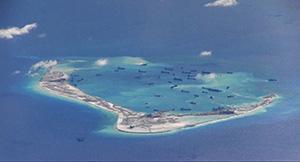 According to Singapore’s defense minister, ASEAN hopes to speed up negotiations on establishing a code of conduct with China with regard to the disputed South China Sea.

Defense Ministers representing the member states of the Association of Southeast Asian Nations have approved a negotiation framework on establishing a code of conduct for addressing matters related to the South China Sea, which they hope to have ready by August. Negotiations are already underway regarding the disputed zone, which is mostly controlled by China.

“It’s a centuries-old dispute. Expecting [the code] in one year is just unrealistic,” he added.

A number of disputed islands, including the Paracel Islands and the Spratly Islands, are located in the South China Sea. Beijing’s territorial claims to the Spratly Islands, known as the Nansha Islands in China, run counter to those of the Philippines, Taiwan, Malaysia, Brunei and Vietnam; these islands are believed to be rich in oil and gas reserves. Meanwhile, the Paracel Islands, known as the Xisha Islands in China, are also contested by Taiwan and Vietnam.

About 60% of Chinese trade and up to 80% of China’s hydrocarbon imports pass through the strategically important area. In addition, the water area around the Spratly Archipelago is rich with fish resources and, according to some estimates, oil and gas reserves in offshore fields.