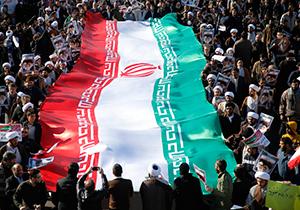 Iran’s armed forces, some of which are under U.S. sanctions, must divest from energy assets and other businesses to help save the Persian Gulf nation’s economy, President Hassan Rouhani said.

Armed forces, together with the largest state pension fund and other branches of the government, must withdraw from all their commercial holdings, Rouhani said Tuesday at a news conference in Tehran. Armed forces in Iran include the U.S.-sanctioned Revolutionary Guards Corps, a powerful military organization that controls a wide range of local companies.

“Not only the Social Security Organization but all government sectors, including banks, have to divest their business holdings, and this is the only way to rescue the country’s economy,” Rouhani said. “Government officials, non-government institutions and the armed forces and others — everyone has to divest their commercial businesses.”

Iran is struggling to revive its economy in spite of the easing in January 2016 of international sanctions targeting its energy and financial industries. While the country has boosted sales of crude oil — its main export — investors from Western nations have been slow to commit the capital and expertise Iran needs to modernize its industries. U.S. President Donald Trump has criticized the six-nation accord that relaxed sanctions in exchange for Iran’s limiting its nuclear activities, and he threatens to pull out of the deal and re-impose curbs.

Rouhani’s government, now in its fifth year, has faced unprecedented scrutiny from ordinary Iranians frustrated that their living standards haven’t improved since the nuclear deal. Protests broke out in late December, with some supporters voicing disappointment that the president hasn’t fulfilled promises to ease political and social restrictions.

Iran’s government needs to reduce its dependence on crude as a source of official revenue and must boost contributions from taxes, Rouhani said. The country pumped an average of 3.8 million barrels of oil a day over the last 10 months, the official Islamic Republic News Agency reported, citing Habibollah Bitaraf, deputy oil minister for engineering, research and technology. Iran also has the world’s largest proven reserves of natural gas.

In the energy field, the divestment program will focus on downstream petroleum projects including refineries, petrochemical plants and storage facilities, said Reza Padidar, head of the legal department at a trade group called the Society of Iranian Petroleum Industry Equipment Manufacturers. The plan will be developed by the end of the Iranian year on March 20 and be put into effect the following year, he said by phone.

The program will emphasize assets owned by the government or semi-government entities, and Iran will seek to attract foreign companies “with investment, know-how, and equipment,” Padidar said.

Iran’s Persian Gulf Star Refinery won’t be sold until its expansion is complete, he said. Khatam-al Anbiya, a construction conglomerate managed by the Revolutionary Guards, is building the refinery.