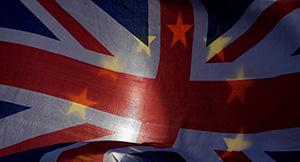 The EU’s deputy chief negotiator Sabine Weyand and Downing Street’s senior Brexit adviser Olly Robbins are holding a fresh round of talks on UK’s withdrawal from the bloc, which are due to conclude by February 10.

A leaked draft by the European Commission has revealed that Brussels will be able to slap sanctions on Britain if London fails to stick to the transition period-related deals.

According to the document, the agreement on Britain leaving the EU “should provide for a mechanism allowing the Union to suspend certain benefits deriving for the United Kingdom from participation in the internal market, where it considers that referring the matter to the Court of Justice of the European Union would not bring, in appropriate time, the necessary remedies.”

Also, the draft warned London that during the transition period, the UK should “abstain from any action or initiative which is likely to be prejudicial to the Union’s interests.”

The document stipulates that if Brussels decides that London has violated EU law, sanctions will be introduced without the submission of relevant files to the European Court of Justice.

The draft did not elaborate on what UK steps may lead to sanctions, which may include tariffs on goods, the enforcement of customs checks and the suspension of the single air aviation agreement.

The document was leaked amid ongoing talks between the EU’s deputy chief negotiator Sabine Weyand and Downing Street’s senior Brexit adviser Olly Robbins, who are set to complete the negotiations before the end of this week.

Last week, UK Prime Minister Theresa May said that an agreement on the transition period within the process of the United Kingdom’s withdrawal from the European Union would be clinched “in seven weeks’ time.”

The Brexit referendum was held in the UK on June 23, 2016. In late March 2017, UK Prime Minister Theresa May officially invoked Article 50 of the Lisbon Treaty, launching the country’s EU withdrawal process.

The Brexit talks, which kicked off between Britain and the EU in June 2017, are due to wrap up the by the end of March 2019, when the country formally exits the union.

In December, the sides completed the first phase of the talks to shift to the second phase, which embraces the transition period in EU-UK relations after Brexit as well as their future long-term trade and security cooperation.