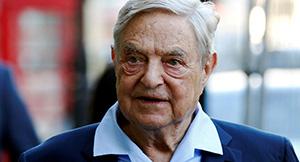 MOSCOW (Sputnik) – Hungarian-US billionaire George Soros and his Open Society Foundations (OSF) are set to pledge a new donation of 100,000 pounds, or roughly $138,300, to the campaign to stop Brexit, according to media reports.

The latest pledge comes on top of 400,000 pounds that Soros had earlier decided to contribute to Best for Britain campaign, the Telegraph newspaper reported on Sunday.

The spokesperson of UK Prime Minister Theresa May said Thursday, in a comment on Soros’ donation, that London’s position on the withdrawal from the European Union would not change and there would be no second referendum.

The Hungarian-American billionaire Soros said that he was a “proud supporter” of Best for Britain, claiming that Brexit was a “lose-lose proposition” both for Britain and Europe. He also wrote for the Mail that before the referendum Britain had been doing better economically than the rest of Europe.

The United Kingdom is currently in talks with the bloc on the terms of its departure and is set to formally leave the European Union on March 29, 2019.