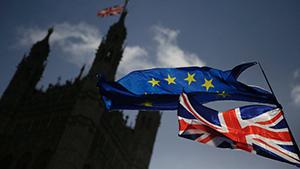 By Jörg Schindler in London

Unrepentant pro-Brexit politicians like Boris Johnson are pushing the UK government to take a hardline approach to the country’s divorce from the European Union. Their tactics reveal their deep-seated cynicism — and the extent to which they are harming the country.

For Valentine’s Day next week, Boris Johnson has come up with a terribly nice idea. The British foreign minister apparently wants to hold an amicable speech (if it doesn’t get delayed) about Brexit to reconcile friends and opponents of the European Union. It’s the kind of idea that only Johnson, with his galactic-sized ego, can come up with, the equivalent of a marten trying to settle a dispute in the rabbit hutch.

Johnson and his hardliners recently made it clear that when it comes to Brexit, the time for concessions is over. In December, when Prime Minister Theresa May negotiated a wobbly compromise with the rest of the EU to move forward to the next phase of negotiations, the Brexiteers stayed silent for tactical reasons. For a moment, it seemed as if the more level-headed voices in the government — those who wanted to bind the UK closely to the EU after Brexit — had prevailed.

But now the endgame on Brexit has begun, and May will soon have to do something she loathes: make clear decisions. That’s why the anti-EU camp is raising the pressure on her on an almost daily basis — and it is becoming increasingly clear what this is all about for them: a national reawakening, no matter the price.

They seem to have forgotten that in the summer of 2016 the Brits only voted on whether the country should leave the EU, not how. But since then, the hardliners have been dictating their conditions, which include leaving the common market, leaving the customs union, ejecting the EU workers upon whom entire industrial sectors are dependant. They want out! Out! Out!! Out!!! And into a future that nobody describes in fluffier terms than Johnson. For them, it’s first and foremost about freedom — even it’s the freedom to drive the country at full speed into a wall.

The breadth of their cynicism became clear when a report conducted by the government finding that the United Kingdom would be faced with considerable economic damage in any scenario in which it left the EU leaked. Even if London somehow managed to secure privileged access to the common market for the country, it found, the economy would still suffer for the coming 15 years.

The reaction of the Brexit hardliners showed the extent to which they were denying reality: A minister threw aside the report, saying that government economic forecasts were “always wrong.” Other anti-EU members with the Conservatives even accused the administrative apparatus of conspiring against the government in a targeted manner. Conspiracy theories and imagined back stabbings, it’s the stuff of Donald Trump. That which should not be, cannot be.

Theresa May in a Tough Place

And May? She rushed to discount the embarrassing report as “very preliminary.” The prime minister is clearly too weak to stand up to the Brexiteers, who recently once again threatened to topple her in favor of — surprise! — Johnson, if she compromises or concedes even a touch too much to the Brussels bureaucrats.

The freedom fighters surrounding the foreign minister have gotten cozy with their idea of a “Global Britain” that will again be free to sail around the world once its Brussels anchor has been lifted. They keep themselves energized by talking about how the UK was once a great nation that was dwarfed by its decision to join a club of 27 petty-minded nations, and for whom a world of treasure and adventure awaits.

The fact that the world has thus far politely declined, that dozens of trade deals that existed via the EU cannot readily be replaced, that the island will starve economically unless it turns itself into a kind of Cayman Islands XXL — all of these things are just alternative facts for the Brexiteers, who don’t want to have their dream of a sovereign future dampened. And given that they have enough supporters in parliament, they could topple the prime minister at any time.

Therefore, May has repeatedly given in. She has needlessly questioned the rights of EU citizens in her country. She no longer talks of a customs union with the EU, but rather of a “customs agreement.” All of this may sound trivial, but if guards reappear on the border between Ireland and Northern Ireland, it could torpedo the carefully crafted peace there, another piece of collateral damage the hardliners are apparently willing to accept.

May has yet to reveal how she wants to have the government coalesce around her vision for Brexit. She met twice this week with a round of ministers, of course called the “war cabinet,” but it did little to inform people. The EU is waiting, while wringing its hands, for London to share its preferred Brexit “end state,” although it currently seems more like an end station.

Who knows? Maybe Boris will manage to reconcile the irreconcilable with his romantic speech next week. And if it leads to a Valentine’s Day massacre? That will surely not be what he wanted.