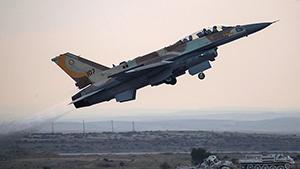 The 12-member security cabinet met Sunday to discuss the volatile situation in the North, with some of the ministers already having advocated taking military action – not only against Iranian proxies for attacks on Israel, but against Iran itself.

The ministers heard briefings from the security establishment, but no operative decisions were announced even as Israeli officials made clear throughout the day that Jerusalem was interested in de-escalating the situation.

Nevertheless, Education Minister Naftali Bennett, who is a member of the security cabinet, gave a speech at the annual conference of the Institute for National Security Studies (INSS) in Tel Aviv last week in which he referred to Iran as an “octopus” and said it was time for Israel to stop dealing with the tentacles of the octopus – Hamas and Hezbollah – but instead with the octopus itself.

“Look at this absurdity,” he said. “While the Iranian ayatollahs send [Quds Force commander] Qassem Suleimani to build militia after militia; while they feed their messengers [proxies] with billions of dollars, train them and hurt our children and citizens; while they do this, they sit at home, safe and secure.

“The Persians invented the game of chess, and they are constantly dancing around our king, threatening him, while their king is far away and out of harm’s way. In this situation they have no interest to stop; they have patience.”

Bennett said that “as long as the octopus is immune, it will continue.” However, “the Iranian octopus has its weaknesses” and is “highly sensitive to its casualties,” he added.

While Iranian President Hassan Rouhani sends others to fight in Syria, he said, “he was quick to withdraw troops once Iranian casualties and coffins started returning home. Let me say this: Rouhani will fight Israel until the last drop of Lebanese and Gazan blood.”

Bennett said Israel’s strategy must be to “mark, first and foremost” the Quds Forces and Iran as “a target for continuous, multi-front attacks.

“I don’t necessarily mean armed conflict,” he said. “The war must be conducted through diplomacy, intelligence, preemptive efforts, technological means, economic sanctions and, if needed, other means.”

The Quds Forces is the extraterritorial division of the Islamic Revolutionary Guard Corps.

Bennett said already a week ago, before Iran sent a drone to penetrate Israel’s airspace, that we must make clear to Iran that its “era of immunity” is over. “A rocket from Lebanon will be treated like an Iranian rocket. We will not waste our resources and energy fighting in Lebanese towns while you [Iran’s leaders] recline in your chair and watch.”

Prime Minister Benjamin Netanyahu made no allusion, however, to an overall change in Israel’s strategy toward Iran or its proxies during his public comments before Sunday’s weekly cabinet meeting.

Israel delivered a harsh blow to Iranian and Syrian forces on Saturday and has shown that, from its point of view, the rules of the game have not changed, he said. These rules are that “we will continue to harm anyone who attempts to harm us,” he said, adding that this was Israel’s policy in the past and remains its policy now.

Netanyahu also praised the country for the unity it showed Saturday following the incursion of the Iranian drone and the developments that followed.

“Yesterday we proved again that in the moments where we are tested, we know how to unite, repel our enemies and protect our country,” he said.

Shine, who served as the deputy director-general in the Strategic Affairs Ministry from 2009 to 2015 responsible for the Iranian file, said in a conference call organized by Media Central that from a political perspective, Saturday’s events took place at the worst possible time for the Iranian government.

First of all, she said, Tehran is still dealing with demonstrations almost every night somewhere around the country, where the rallying cry is: “Invest in Iran, not in Lebanon, Syria and Gaza.” What happened Saturday, she said, merely shines the spotlight on the fact that the government continues to squander its treasure on military adventurism abroad, rather than supplying the needs of its citizenry at home.

“The street is not quiet in Iran,” Shine said.

Also in terms of Iran’s relations with the world, the events took place at a bad time, because it shows clearly that Iran is operating in a third country, “in a way that is destabilizing the region and could escalate into a war.”

With the Trump administration now engaged with the Europeans in talks about “fixing” the Iranian nuclear deal and dealing with Iran’s ballistic-missile program, Shine said, and with the Iranians trying to fend this off by improving relations with the Europeans and encouraging European investment, Saturday’s developments and the focus it places on Iran’s aggressive behavior in the region came at a particularly inopportune moment.

One conclusion she drew from this is that “there is no dialogue between the operational and political channels inside Iran.” She said it was likely that a senior officer in the Iranian Revolutionary Guard Corps thought this was an opportune time to send a drone into Israel, without first clearing it with the government or considering all the political ramifications.

In Tehran on Sunday, meanwhile, hundreds of thousands of Iranians denounced the United States and Israel as oppressors as they rallied to mark the anniversary of Iran’s 1979 Islamic revolution.

Rouhani addressed flag-waving crowds on central Tehran’s Azadi “Freedom” Square. But, tellingly, he made no specific reference of the drone incident or Israel’s air strikes in Syria.

In a show of defiance of Western pressure to curb its ballistic-missile program, Iran put its Ghadr ballistic missile, with a range of 2,000 km.,– on display on Tehran’s central Valiasr Street.