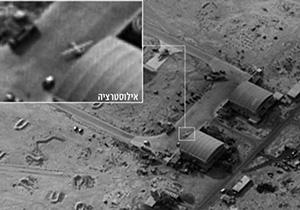 “Iran proved through its intervention in Syria that it incited hatred against Israel just to achieve its goals of keeping the regime in power.”

Qais al-Khazali, the head of the Iraqi Shi’a Asa’ib Ahl al-Haq militia, celebrated the downing of an Israeli F-16 by Syrian air defense in a series of tweets over the weekend. Although most responses were supportive, one mocked him and Iran for being “pawns, luring children to their death.”

This is part of the much wider debate unfolding between opponents and supporters of the Syrian regime. In this debate, Israel’s actions and any perception of Iranian gains have ramifications across the region. For supporters of Assad and Tehran, the “axis of resistance” has scored a great victory against the “Zionists.” For those who have stood with the Syrian rebellion and watched Assad’s barrel bombs killing civilians for years, the Israeli air strikes against the Iranians in Syria are a welcome sign.

“A happy day that Israeli planes bomb Hezbollah and Iran sites in Syria and other sites of the Bashar [Assad] regime,” a Saudi named Mansour al-Khamis tweeted in Arabic to his 29,000 followers on Saturday. He claimed the Muslim Brotherhood stands with Iran, the Syrian regime and Hezbollah, but today “I will stand not to salute the Israeli Army but to that the oppressors will destroy the unjust.” Replies to his tweet included accusations that “Wahhabi Saudi Arabia” was collaborating with Israel.

Twelve years ago, during the Israel-Hezbollah war, the region was vastly different. Then, the support for Hezbollah and its claims of “victory” over Israel were more widespread. Now, the cleavages in the region between supporters of Assad, Iran and Hezbollah and those who look on with more favor as Israel targeted a dozen sites in Syria on Saturday, are more stark. Hezbollah’s involvement in the Syrian civil war irretrievably tarnished the group’s image for many people. Iran has been portrayed in cartoons in the region as a grasping octopus with bloody hands reaching into Syria, Lebanon, Yemen and Iraq.

Faisal al-Qassem, who hosts The Opposite Direction debate program on Al Jazeera, provided some balanced comments on the Syrian-Israel clash. In a series of provocative tweets, he blamed Israel for Iran and its militias being in Syria in the first place. However, he also gave voice to others who challenge the conspiracy theories that allege Israel is secretly allied with the Assad regime in order to weaken the Syrian people. He also retweeted a comment from a man named Myassein Najjar who noted the irony of Russia complaining about Israel violating Syrian sovereignty, while Russia violates Syrian sovereignty. In a February 10 poll on Al-Qassem’s Twitter in Arabic, he asked who his followers support: Iran and its militias or Israel. Fifty-fix percent of respondents, fully 12,800 people, said they supported Israel.
“THERE IS no Syrian in his right mind who would line up with Israel against his native Syria, but you will find millions of Syrians queuing up with the blue devils [Israel] against the fascist sectarian regime that has surpassed all the monsters on earth in killing Syrians,” wrote one anonymous Syrian about the situation.

A knowledgeable Syrian source who supports the opposition said he hopes Israel will continue its retaliation against Iranian targets in Syria. “Everybody now, including me, is thinking that if Israel does not hit then it is afraid. One harsh hit at least.” He hoped to see Iran and Hezbollah “broken” by Israeli strikes. Hezbollah has been a key supporter of Assad, sending thousands of fighters to Syria over the last six years. When there were rumors on Saturday night of explosions near Aleppo on Mount Azzan, the source said many assumed it was Israel. “After the massive killing inflicted on civilians, the opposition and activists started to see Iran as the biggest enemy,” he says. “Syrians always compare between Israel and the Iranian-supported regime.”

He noted that these divisions between support for the regime and Israel’s policies have repercussions beyond Syria. For instance, he claimed “Ahed Tamimi’s father is a regime supporter.” He said that stories about the Tamimis had been circulated among Syrian opposition members who wondered, “If his daughter was a Syrian, would she dare shout at a soldier [as she shouted at Israeli soldiers]?”  No, he says. “She would be killed [by the regime] immediately.” This shows how the Palestinian conflict plays out in Syria.

He argues that Iran seeks to use the Syrian regime and its supporters against Israel. “It will incite hatred against Israel just to achieve its ideological dream and to keep the regime of clerics in power.” This has wider repercussions. He argues Israel miscalculated in the first years of the rebellion, preferring Assad because the Assad family had kept the border calm for decades. “Now they [Israel] faces Iran in Syria. A lot of Arab youth are misled by these two evil regimes [Syria and Iran].” He asserts that if the opposition came to power that eventually there could be discussions with Israel about “normalization.”

This illustrates the major ramifications caused by any action of Israel or Iran. It is not just about a few bases in Syria, or a drone over Beit She’an, but a wider conflict that has repercussions across the region. From Syrian refugees trying to make a new life, to Shi’a militias in Iraq and commentators in Doha and Riyadh, Saturday’s events were watched closely. 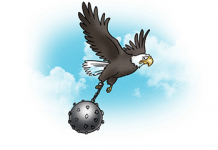 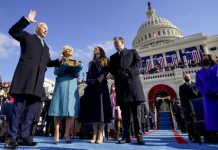