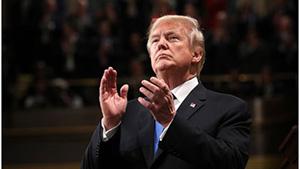 A Democratic Senator wants the Treasury Department to hand over records relating to President Donald Trump’s sale of a Palm Beach estate which he bought for $41 million to a Russian oligarch for $95 million only four years later.

“It is imperative that Congress follow the money and conduct a thorough investigation into any potential money laundering or other illicit financial dealings between the president, his associates, and Russia,” wrote Senator Ron Wyden, an Oregon Democrat, reported ABC Friday.

Wyden, who sits on the Senate Intelligence Committee that is investigating alleged collusion between the Trump camp and Russia, wrote that the transaction between Trump and oligarch Dmitry Rybolovev is being probed by Special Counsel Robert Mueller.

In the request, he notes the timing of the 2008 sale, which came months after Trump Entertainment Resorts filed for Chapter 11 bankruptcy, and while the then real estate mogul was struggling to find banks willing to lend to him.

Trump has in the past attributed the mark up to renovations he made to the property, which he snapped up when the previous owner filed for bankruptcy.

“What do I have to do with Russia?” Trump told a reporter in 2016. “You know the closest I came to Russia, I bought a house a number of years ago in Palm Beach, Florida… for $40 million and I sold it to a Russian for $100 million including brokerage commissions.”

The Trump Organization and Treasury Department has not commented on Wyden’s request.

Wyden has requested Treasury Department Suspicious Activity Reports on the transaction, which are filed when officials suspect money laundering, and information on who purchased the estate when it was sold off in separate lots by Rybolovev to buyers operating through offshore companies.