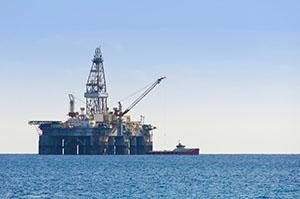 Turkey has reiterated its determination in not abandoning its rights and Turkish Cypriots’ rights over the rich hydrocarbon reserves off Cyprus to unilateral actions of the Greek Cypriot administration, as news reports suggested Turkish warships have blocked a rig around the island that belongs to Italy’s energy firm ENI.

“Despite all our warnings, the Greek Cypriot Administration continues its unilateral hydrocarbon-related activities in the Eastern Mediterranean. It does so in disregard of the inalienable rights on natural resources of the Turkish Cypriot people, who are the co-owners of the Island,” read a written statement issued by the Foreign Ministry on Feb. 11.

“Within this context, we have most recently observed that there is an intention to commence activities in block number three in the Greek Cypriot Administration’s so-called exclusive economic zone,” it added.

The Greek Cyprus administration has long been intensifying its unilateral efforts to explore and drill hydrocarbon reserves off the island, despite the fact they also belong to the Turkish Cypriots. Some areas Greek Cyprus announced that it will explore reserves are claimed by Turkey to be part of its exclusive economic zone.

Nicosia has recently announced it will continue its activities in block number three with the involvement of some international energy companies, including ENI. ENI’s vessel, the drillship Saipem 12000 was stopped on Feb. 9 by Turkish military ships and told not to continue “because there would be military activities in the destination area,” an ENI spokesman told The Associated Press.

“The vessel has prudently executed the orders and will remain in position pending a development of the situation,” said an ENI official on condition of anonymity in line with company policy.

Turkey to protect its rights

“As we have repeatedly emphasized in the past, not only will we continue to protect our own rights and interests in our continental shelf, but we are also determined to take the necessary steps together with the Turkish Republic of Northern Cyprus within the framework of our support to the Turkish Cypriot side,” said the statement from the Turkish ministry, without mentioning the military’s blockage of the ENI vessel.

It added that the sole responsibility for any situation that could arise as a consequence falls on the Greek Cypriot side and blamed Greek Cyprus for jeopardizing the security and stability of the eastern Mediterranean region.

The statement also made a call on the foreign companies that are involved in the Greek Cypriot’s illegitimate economic activities in the region.

“We also make use of this opportunity to strongly emphasize our expectation that companies centered in third countries refrain from supporting, through cooperation with the Greek Cypriot Administration in the area of hydrocarbons, this unconstructive Greek Cypriot attitude, which also constitutes a major obstacle to the settlement of the Cyprus issue,” it stressed.

In a visit to Rome last week, President Recep Tayyip Erdoğan drew attention to the ENI’s activities in the eastern Mediterranean in his meeting with senior Italian officials, including Prime Minister Paolo Gentiloni.